Over $2 Billion
In Settlements & Verdicts 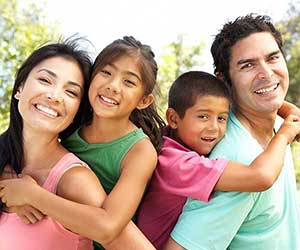 To get the best possible result, choosing the right law firm is crucial. Cellino & Barnes is one of our nation’s largest personal injury law firms.

The attorneys at Cellino & Barnes help accident victims get the justice they deserve. Our goal is to get you the best result possible.

Ross Cellino and Steve Barnes welcome you to their Personal Injury Firm website. Our website was created to help potential and current clients understand the complexities of personal injury cases. Additionally, it can be used as an investigative aid, offering clients a place where they may do research and learn more about what our New York personal injury lawyers have to offer. If you have suffered a serious injury due to someone else’s negligence, contact us today. Your consultation is Free.

At Cellino & Barnes, we are serious about helping our clients. Our experienced attorneys are available 24/7 to offer injury victims a free consultation. If you have been seriously injured and would like to speak to an attorney, we will make arrangements to travel to meet you.

Texting while driving increases your risk of an accident much more than previous studies have concluded. A study by the Virginia Tech Transportation Institute used cameras to continuously observe light vehicle drivers and truckers for more than 6 million miles. VTech’s study found that when drivers texted, their collision risk was 23 times greater than when not texting.

A car accident can have a serious effect on an accident victim and their entire family. Many who are seriously injured find themselves permanently disabled due to their accident injuries and in need of a New York car accident lawyer.

If you or a loved one has been injured in a car accident, whether in Buffalo, Rochester, Long Island (including both Suffolk & Nassau Counties) or New York City, the Personal Injury Attorneys at Cellino & Barnes will fight to get you the compensation you deserve.

In New York State, New York Labor Law 240, also known as the “Scaffold Law”, places responsibility for your fall from a height on the third party. A third party can be the project owner, general contractor or others.

If a third party fails to provide proper safety devices, such as safety lines, harnesses, guardrails, etc., and you fall and are injured, then according to New York Labor Law 240, they may be held liable for your injuries. Don’t wait, Call 8! (800) 888-8888.

Worker Electrocuted In New Rochelle Accident – NEW ROCHELLE, N.Y. — A worker from the Bronx was electrocuted and killed while working at a New Rochelle construction site this week, authorities said. Alejandro Manuel Caisaguano Pellisa, 26, from the Bronx, was in a cherry picker when it struck power lines at 164 Union Ave. in New Rochelle, police said. What Caused The […]

Two More Pedestrians Struck And Killed By NYC Vehicles – NEW YORK —  Two more pedestrians were killed in separate crashes Thursday morning in Brooklyn, adding to an already deadly start to 2020. Sanitation Truck Leaves Scene After Hitting 67-Year-Old Police say they’re searching for a truck driver they say hit and killed Deborah Mutell, 67, of Brooklyn, then drove away. Accident investigators were at the […]

Three Pedestrians Killed By Trucks In NYC – NEW YORK – A 68-year-old woman, a 51-year-old man, and a 10-year-old boy were struck and killed by large vehicles in three separate accidents on Tuesday, police said. Just eight days into the new year, five pedestrians have been run down on city streets. Judith Wieder, 68, was struck by a concrete mixing truck, and […]