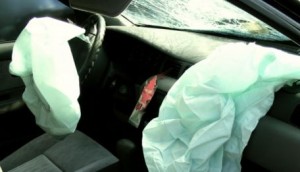 MELVILLE, N.Y. – There is a good chance your vehicle is under recall. Recently, we’ve seen an unusually high number of auto recalls – in 2014 alone, 64 million cars were recalled in the United States. That was a new record and due to Volkswagen test-cheating software and the ongoing Takata airbag fiasco, dealers and repairmen could be busy for months, if not years.

It is now estimated that nearly one of every five cars in the U.S. currently needs repairs due to an open recall, according to a new study from Carfax. More than 47 million vehicles have at leat one unfixed recall, the company’s annual research found.

A Long Island defective product attorney at Cellino & Barnes says repairing a recalled vehicle is extremely important but many vehicles don’t get recalled until it’s too late.

“Vehicles are often recalled because faulty equipment can lead to a car accident or serious injury,” Long Island defective product attorney Steve Barnes said. “Unfortunately, some companies don’t take this action fast enough and several people can be severely hurt or killed because of defective equipment on a car.”

During 2013, several automakers began large recalls due to faulty Takata-made airbags. One car company stated that it knew of more than 100 injuries and eight deaths that were directly related to the airbags. However, some reports state that problems with the airbags may have begun in the late 1990s or early 2000s.

In 2014, General Motors recalled around 800,000 cars due to faulty ignition switches, which could shut off the engine while the vehicle was in operation. This seemingly random shut down of the vehicle would completely turn off the engine and prevent the airbags from inflating. The recall grew throughout the year to reach 30 million vehicles worldwide but not before at least 124 people were killed and many others injured.

Many GM workers have since admitted that they knew of the faulty ignition switch for at least a decade before a single vehicle was recalled. The company continues to face lawsuits from families who have been injured due to the defective ignition switches.

“If you suspect a defective part caused an injury or a car crash, report it because it may not be under recall yet,” Barnes said. “With over 47 million unfixed cars on the road, there’s also a chance that someone else’s car malfunctioned and caused a crash – either way, it’s important to have an experienced team of litigators on your side to protect your rights.”

The Carfax study also found that SUVs and minivans were most likely to have an unfixed recall. Long Island defective product attorneys suggest checking your vehicles for active recalls on a regular basis and getting them fixed immediately if they do require maintenance.