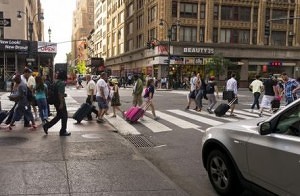 NEW YORK – Traffic fatalities across the nation have been declining but a digging deeper into the numbers, there are still reasons to be alarmed. Truck crashes, for example, are spiking and so are collisions involving bicycles. However, a new report puts pedestrians in the spotlight.

According to the Governors Highway Safety Administration, nearly 5,000 pedestrians were struck and killed by vehicles in 2013, the most recent year of data available. It’s a 15-percent jump from the previous decade.

“Last year, more than 120 pedestrians were killed in New York,” car accident attorney Ross Cellino said. “This year, the total is already over 70 pedestrians killed and many more have been injured.”

In 2014, more than half of the city’s total traffic fatalities involved pedestrians. Cities across the country, including New York, are scrambling to create traffic and transportation plans to curb the number of these accidents.

Despite having a program called ‘Vision Zero,’ which aims to eliminate pedestrian deaths, New York City is on-pace to record more pedestrian fatalities than last year.

One possible factor for the growing number of deadly crashes is distraction. Not only are some drivers distracted by cellphones, the GHSA report suggests pedestrians are too. According to the report, men and women between 20 and 29 years-old were the highest at risk of being involved in a crash. Researchers also discovered as many as 2 million pedestrians suffered injuries related to texting and walking.

“Distractions are now the leading cause of car crashes,” Cellino said. “Drivers have the responsibility of operating a deadly machine, so it is up to them to avoid distractions and drive at the safest speed.”

Other cities like Washington D.C. also expect to adopt a Vision Zero plan in an attempt to curb pedestrian deaths. The plan has been successful elsewhere around the globe and traffic officials in the Big Apple hope, eventually, the plan will also succeed in New York. 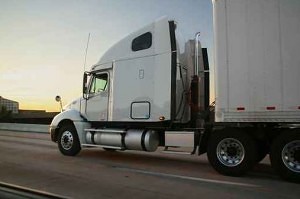 ROCHESTER, N.Y. – A war is being waged across the nation over big rig regulations and standards. Members of the National Highway Traffic Safety Administration are pushing for new safety regulations and guidelines for big truck drivers to follow. At the same time, truck drivers and their advocates are arguing against the safety measures.

In one battle, federal lawmakers are mulling a proposal that would require electronic ‘speed limiters’ in large trucks. The technology would force all large truck drivers to travel no faster than 65 miles per hour. A group claiming to represent the interests of professional truck drivers, the Owner Operator Independent Drivers Association (OOIDA), drafted their own petition in the hopes of preventing speed limiters from becoming reality.

Rochester truck accident attorneys at Cellino & Barnes said truck safety is a hot topic because of increase in the number of crashes.

“Car accidents have been steadily dropping across American cities like Rochester,” truck accident attorney Ross Cellino said. “Truck accidents, on the other hand, have been slowly increasing since 2010.”

Experts believe the increase in truck crashes is a direct correlation with increased truck traffic. During the economic recession, companies cut-back on trucking and shipping routes but in the last five years, trucking has made a comeback.

“Trucks can be very dangerous vehicles,” Cellino said. “Some of these trucks can weigh over 70,000 pounds – more than 20 times the weight of your typical car.”

Truck drivers are already required to abide by a variety of rules and regulations set forth by the federal government. One of the most notable regulates the number of hours a driver can operate a vehicle in a certain stretch of time. Some of these regulations were temporarily suspended in 2014.

Last year, a truck accident injured comedian Tracy Morgan and killed another comedian on the New Jersey Turnpike, raising questions about truck safety. This month, the National Transportation Safety Board revealed they had discovered the truck driver who caused the crash had been awake for 28 hours before the crash.

“Rest is vital for any driver,” Cellino said. “Whether you’re riding on a 400-pound motorcycle or operating a 40-ton big rig, rest is important for your safety and the safety of others.”

The American Trucking Association has concluded that hours of service regulations should be in place but the amount of time drivers are on-the-clock and off-the-clock is a hotly-contested subject.

Members of Congress expect to debate truck safety while drafting its 2015 Highway Bill after its August recess. 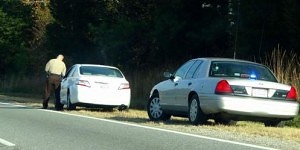 BUFFALO, N.Y. – Traffic safety has slowly but steadily been improving in the last few decades. Seatbelts are required by law in nearly every state, technology advancements have vastly improved vehicle safety, and drunk-driving laws are stricter than ever. Still, as many as 20,000 Americans are killed each year in car crashes because states failed to adopt new safety laws.

A new study by public health researchers at NYU found some important predictors of whether states adopt new driving laws. Two of the strongest indicators were states with large populations of young adults and a neighboring state with stringent traffic laws.

Buffalo car accident attorneys at Cellino & Barnes said when it comes to drunk-driving, New York was one of the states leading the charge.

“New York was the first state to adopt drunk-driving laws in 1910, keeping some offenders off the road in cities like Rochester and Buffalo,” car accident attorney Ross Cellino said. “Those early laws weren’t very harsh but it laid the foundation for more changes that would come in the 60’s, 70’s and 80’s.”

Today, there’s a 0.08 limit on blood alcohol content and “zero tolerance” policies for drivers under the age of 21, both of which were prompted by federal incentives. Beyond that, states have different laws, different penalties and different ways of enforcing those laws.

“Look at speed limits,” Cellino said. “Drivers can travel up to 75 miles per hour in Colorado but in New York State, the maximum speed limit is 65 and much less in urban areas.”

States neighboring New York have some of the lowest speed limits in the country. Cities like Buffalo have seen a steady decrease in the number of drunk-driving accidents since the 1990’s. Researchers believe this is attributed to the harsh penalties offenders can get, if caught.

Researchers at NYU believe their work can help organizations stimulate policy changes in New York and across the country to further improve road safety. 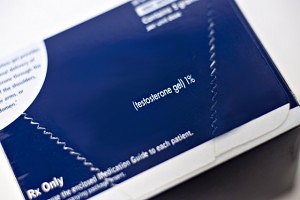 NEW YORK – Lawsuits against major drug companies and their testosterone supplements are piling up in courts across the nation. Almost 2,000 cases are accusing drug manufacturers of causing serious injuries with supplements such as Axiron, Testim and Androgel, according to the U.S. Judicial Panel on Mulidistrict Litigation (MDL).

Most lawsuits claim the drug makers failed to warn consumers of serious risks like blood clots and heart attacks. Some cases allege the pharmaceutical products were improperly marketed.

New York dangerous drug attorneys at Cellino & Barnes say thousands of men may have been exposed to high-risk topical treatments.

“Some of these drugs were widely-marketed to men in New York,” dangerous drug attorney Ross Cellino said. “Some of these men may not have needed these topical treatments but it still exposed them to unnecessary side effects.”

A number of cases are currently being prepared for early trial, which could measure how juries will consider the evidence and arguments of both sides, allowing attorneys to prepare for the bulk of the cases currently being reviewed.

Data suggests physicians wrote millions of prescriptions for testosterone replacement medications and, some cases allege, to many men who did not need the topical treatment.

If you believe you’ve been injured by a testosterone gel or other treatment, contact an attorney who focuses on handling these cases. 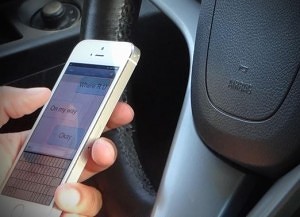 NEW YORK – In the mid-20th century, Americans made statements with their cars. The newest, flashiest automobiles were a status symbol to be admired. Today, more and more Americans are trading in the wheels for a different lifestyle statement: the smartphone.

Take a ride on any New York metro-area train and you’ll find cell phones in almost everyone’s hand. More people are texting, browsing the web, listening to music, and standing in awe when they see someone with the newest piece of handheld technology in the train with them.

Yes, America is trading-in the car for the cell phone.

“In the last five years, there have been a clear spike in the number of texting while driving crashing in New York,” car accident attorney Ross Cellino said. “Some people just don’t want to let go of the phone and in some cases, they’re willing to give up their car for it.”

A new study from DePaul University found more than half of all train commuters were using their cell phones or tablet devices during their daily commutes.

“Evidence is mounting that the growing prevalence and sophistication of portable electronic devices is boosting public transportation ridership,” researchers concluded.

The increase in ridership is also forcing the hand of rail companies, pushing them to introduce Wi-Fi subscriptions on its trains.

New York car accident attorneys say increased ridership could make the roads safer because it takes more potential texters off the road. New York and other places, however, still face the problem of tackling texting drivers. Distracted driving remains the top cause of car crashes in America. 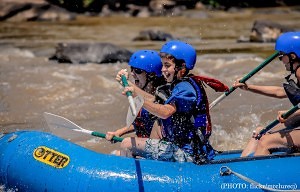 NEW YORK –Although it is not required by law, many people will agree that it is best practice to wear a helmet while riding a bicycle. Thousands of people suffer head injuries each year because they were not wearing a helmet although it seems like common sense to protect your head.

The same theory can apply to boating. Maneuvering a heavy vehicle with a large metal mast on waters with 20 knot winds and waves that can swell to five feet is no simple challenge. Anything can happen.

Long Island boat accident attorneys at Cellino & Barnes say head injuries are some of the most common ways boaters end up hospitalized.

“Head injuries are particularly dangerous because they also increase the risk of drowning for boaters in Long Island,” boat accident attorney Steve Barnes said. “Over 25-percent of the serious boat injuries stem from a blow to the head.”

Since 1989, bike helmets have helped decrease serious head injuries by up to 90-percent and helmets could be excellent for injury prevention on the water.

Already, some sailors utilize helmets while operating high performance boats in competition but the safety hardware is rarely used recreationally, although it may be time to reevaluate.

Whether you’re kayaking, sailing, speed-boating, or rafting, a helmet can prove to be a lifesaver.

“A helmet is a great $100 investment for just about any activity,” Barnes said. “Kayakers and rafters can be in some fast rapids in shallow waters and one mistake could slam your head against some rocks.”

Boat accident lawyers say head injuries can cost thousands of dollars in medical bills and sometimes the injury never fully heals. Maybe it’s time to use our heads; and think about protecting them on the waters.