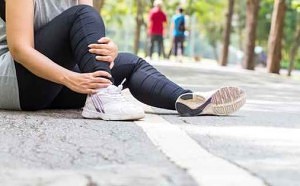 NEW YORK – From the moment you get out of bed, your day starts on your ankles. They support your body and help you get where you need to go every day. Whether you walk, ride a bike or even drive a car, your ankles play an important role.

When you twist your ankle, you may have been taught to ‘shake it off.’ Anyone who’s played a sport has heard this phrase and while many athletes live by it; the truth is even a small ankle injury can have long-lasting effects.

A Manhattan slip and fall lawyer at Cellino & Barnes says ankle injuries can have significant consequences, affecting a person years after an accident.

“Ankle injuries are very common in just about every accident that happens in Manhattan,” slip and fall lawyer Steve Barnes said. “Many people think they can ‘walk it off’ after an accident but ankles bear the weight of the entire body and even a minor injury can become severe if it’s not treated properly.”

The constant force on your ankle could make it difficult for the joint to heal, one study determined.

The study, authored by researchers at the University of North Carolina, analyzed collegiate athletes who suffered multiple ankle injuries. The study discovered that the athletes became far less physically active than others who did not suffer an injury.

According to the study’s authors, the brain re-wires itself to compensate for the injury.

“Some victims of a slip and fall accident may never walk the same way again,” Barnes said. “Injuries can be devastating and life-changing and that’s why it’s important to get the medical attention and compensation you need after any accident.”

New York slip and fall attorneys at Cellino & Barnes say the side-effects of an ankle injury may not be apparent immediately. It could take weeks, months or years to develop adverse side-effects but research has consistently shown that even a slight sprain can have long-lasting effects.

When you sprain an ankle, you’re tearing or stretching ligaments, doctors said. The stress causes scar tissue to form which then changes the mechanics of how you walk, run, bike, or move entirely.

Doctors suggest letting it heal – don’t try to ‘walk it off’ or run through the pain. If you’ve injured your ankle in any way, the best option is to visit a doctor who specializes in lower body injuries, such as a sports-focuses therapist.

There are a number of exercises that can increase ankle strength and mobility – like balancing exercises.

Doctors say, as with any muscle in the body, regular exercise is the most effective method of prevention. 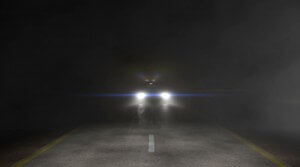 GARDEN CITY, N.Y. – After any accident, it’s natural for you to relive the traumatic experience in your dreams. Just like children watching a scary movie, adults can often have nightmares about a car crash or other tragic event – weeks, months or even years later.

A Long Island car accident attorney at Cellino & Barnes says nightmares after a crash can be common and the dreams can sometimes be a precursor to a more serious health issue.

These common after-effects of a crash don’t sound helpful or healthy but one study has discovered some nightmares could actually be beneficial.

Researchers believe nightmares are so common that they can help process stressors. However, they’re not sure how. The study also noted that frequent nightmares can lead to negative effects on your health.

In a vehicle accident study, 25 percent of victims had nightmares two weeks after their crash. After three months, the number dwindled down to 19 percent and the victims developed other health issues: problems falling asleep and staying asleep. These side-effects lasted for up to a year.

“Long-term nightmares can be an awful experience for anyone who has been injured in a car crash,” Sheehan said. “It not only affects your evening – the lack of sleep can make you less productive during the daytime too.”

Researchers said having nightmares every once in a while is okay and natural — but if you’re having them once a week or more frequently, it can be problematic. If this is the case, speak with a doctor immediately. Chronic nightmares can actually be detrimental to your physical recovery.

If you’ve been experiencing nightmares, a loss of sleep, or lack of daytime production after a crash, contact a Long Island car accident attorney at Cellino & Barnes. One of their experienced lawyers can provide you with a free case evaluation and help you get your recovery on track.