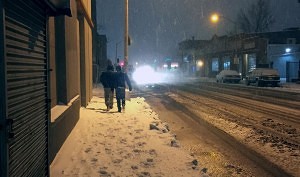 NEW YORK – It only takes one misstep for you to slip, fall and end up in the hospital. It happens to millions of Americans every year and it costs us a lot of money.

That’s why many cities have laws that are designed to keep walkways safe – and clear of snow, ice and debris. Unfortunately, many New Yorkers ignore this law and someone can get seriously injured.

A Brooklyn slip and fall lawyer at Cellino & Barnes says property owners have up to 14 hours to clear public pathways after it snows – but following a recent snow storm, many paths weren’t cleared for days.

“New Yorkers are required to clear snow from their sidewalks and use melting mixtures to get rid of any ice,” Brooklyn slip and fall attorney Steve Barnes said. “If someone slips and falls on your sidewalk, that person can call our firm – and we could hold you responsible for their injuries.”

Over the past year, the city has received nearly 3,000 complaints from pedestrians who called 311 to report snow or ice on a public pathway. 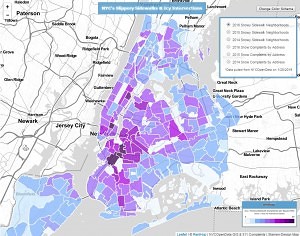 According to RentHop.com, most of those complaints were generated in Brooklyn. Specifically, neighborhoods like Park Slope and Prospect Heights had over 50 complaints per square mile. A data analysis shows that the complaints consistently mark these neighborhoods as repeat offenders when it comes to disobeying the snow-removal law.

“It’s dangerous for anyone who uses the sidewalk,” Barnes said. “Unfortunately, our clients get injured because some property owners neglect their responsibility to make their public pathways safe.”

Since 2013, Brooklyn has constantly received more complaints about snow and ice than any other borough. Queens consistently places second.

For an depth look at the data in your neighborhood, click here.

If you or a loved one has been injured from a slip and fall accident, contact one of our Brooklyn personal injury attorneys at (800) 888-8888. 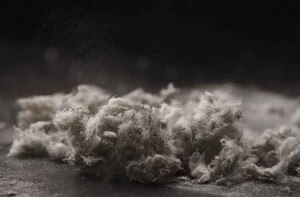 BUFFALO, N.Y. – There’s a rich history in Western New York dating back to the days of the Erie Canal, which gave cities like Rochester, Lockport, North Tonawanda, and Buffalo an opportunity to grow. It also gave some manufacturers a population to prey upon.

Western New York boomed with trade and industry in the early to mid-20th century. Some sellers saw an opportunity to market a mineral that could, almost magically, resist heat and be used in almost anything. For some industries, the deal was too good to pass up. The area’s booming auto, steel and manufacturing companies began buying this mineral at a rapid pace.

It could be used in cement – to construct the city’s first skyscrapers.

It could be used on ships – to boost trade throughout the Great Lakes.

It could insulate pipes – to keep water flowing during cold winters.

It could even be woven into fabrics – to keep children warm and safe from fires.

Even the Romans – who mined the mineral more than a millennium ago – knew it was bad news. They noted that those who worked with asbestos would become ill and develop breathing problems. Many workers died from their illness.

Nonetheless, salesmen saw an opportunity to get rich off Western New York.

“The asbestos industry knew its products were deadly but it kept that secret for years and that secret has impacted an entire generation in Buffalo,” mesothelioma attorney Steve Barnes said.

Today, more than 3,000 Americans are diagnosed with asbestos-related diseases like mesothelioma. The Buffalo mesothelioma attorneys at Cellino and Barnes say many of those diagnosed live in Western New York.

“Nearly every major industry in Buffalo was heavily using asbestos during the mid-20th century,” Barnes said. “Some workers didn’t think much of it at the time because it can take 20 to 40 years to develop the symptoms of mesothelioma.”

Niagara County now has one of the highest rates of the disease in the nation and more than 2,500 Western New Yorkers have died in the last 10 years – a direct result of asbestos exposure. Those who were killed built offices and hospitals; they made plastics, auto parts, amusement rides, musical instruments; and they forged steel.

They didn’t get rich but they made a living. More importantly, these Western New Yorkers were proud of the work they did.

Sadly, their employers kept their secret and made billions.

In the 1970’s, federal investigators finally uncovered what the asbestos industry was hiding for years – but for many, it was too late.

“More people are diagnosed with mesothelioma each year,” Barnes said. “We continue to see hard-working families suddenly become ill and it’s heartbreaking to think that their disease was spurred-on by commercial greed.”

If you or a loved one has been diagnosed with an asbestos-related disease, the Buffalo mesothelioma attorneys at Cellino & Barnes can get your family the best results possible. Some families have received large settlements and others may be entitled to federal trust funds. These legal actions must be completed quickly – as there is a limited amount of time to file a claim. Contact Cellino & Barnes today for a free consultation. 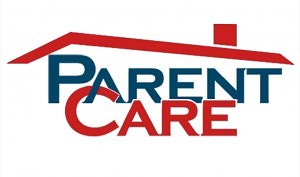 NEW YORK – More Americans require long-term care than ever before; and as the U.S. population ages, the demand for this care is expected to rise.

By 2040, more than 2.5 million people will need nursing home services.

It is estimated that there are over 16,000 long-term care facilities across the nation. Although there are many great homes with superb service, there are also several poorly managed facilities with repetitive violations. These homes can sometimes put your loved one in a dangerous situation.

“Our goal was to create a go-to source for families to find the best nursing homes in their area,” Nursing Home Abuse Attorney Steve Barnes said. “The app gives families all the information they need about a nursing home and its health history – and it puts all this information in the palm of your hands.”

The app collects and analyzes current data and health inspection reports from nursing homes across the country. If a long-term care facility is under-staffed or has had health inspection violations, Parent Care’s ‘Star Rating’ system will give you a summary.

“No one wants to send a loved one to a dysfunctional nursing home wrought with abuse and mistreatment,” Barnes said. “The Parent Care app can identify the high-quality facilities in your area and help families make the best decisions when they’re choosing a nursing home.”

The Parent Care App is available on the iTunes App Store and on the Google Play store.