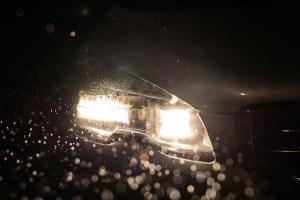 BUFFALO, N.Y. – Some devices are extremely important for your safety. Seatbelts, airbags and brakes are central pieces in a car but they don’t make much sense in a vehicle without decent headlights – and a new study found that most cars are failing to light the road ahead.

According to the Insurance Institute for Highway Safety (IIHS), only one out of the 31 vehicles evaluated earned a ‘good’ grade in the institute’s first-ever headlight rating.

“If you’re having trouble seeing behind the wheel at night, it could very well be your headlights and not your eyes that are to blame,” says David Zuby, IIHS executive vice president and chief research officer.

A Buffalo car accident lawyer at Cellino & Barnes says there are a disproportionate number of car crashes at night and ineffective headlights could be to blame for many of those crashes.

“Despite reduced traffic, nearly half of all traffic fatalities happen at night in Buffalo,” car accident attorney Steve Barnes said. “Responsible drivers need every edge they can get when driving in the dark and it’s disappointing to know they could be buying vehicles that don’t effectively light the road ahead of them.”

Of the 31 midsize vehicles the IIHS evaluated, only the Toyota Prius earned a ‘good’ rating. The best headlights on 11 cars were labeled ‘acceptable’ and researchers gave nine vehicles ‘marginal’ grades.

Ten of the cars evaluated couldn’t even be purchased with anything other than ‘poor’ headlights.

Researchers said price rarely had anything to do with the bad ratings: many of the worst headlights were on luxury vehicles.

To make matters worse, IIHS researchers said many vehicles can be equipped with different headlights, so 82 different light sets were evaluated across the 31 models. Still, only the Toyota Prius earned a ‘good’ rating when equipped with LED lights and high-beam assist. To get these headlights, customers need to buy the most expensive package.

The study added that the Prius earned poor ratings when it was equipped with regular halogen lights.

“The Prius v’s LED low beams should give a driver traveling straight at 70 mph enough time to identify an obstacle on the right side of the road, where the light is best, and brake to a stop,” says Matthew Brumbelow, an IIHS senior research engineer. “In contrast, someone with the halogen lights would need to drive 20 mph slower in order to avoid a crash.”

Buffalo car accident lawyers say although the ratings are concerning, drivers are still responsible for their actions on the roadway; and speed should adjusted for lighting conditions.

If you’ve been injured by a negligent night-time driver, the Buffalo car accident attorneys at Cellino & Barnes have a track-record of getting clients the best results possible.