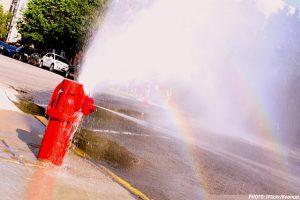 ROCHESTER, N.Y. – Temperatures tickled 90-degrees this week and there isn’t much relief in the forecast. According to the latest 10-day charts, the mercury will rise into the upper 80’s and low 90’s next week too.

The hot temperatures forced city officials to declare a “Cool Sweep Heat Emergency” in Rochester on Tuesday. The declaration allows the city to extend hours at public pools and beaches, 13 WHAM reported. In some areas, firefighters will release water from hydrants. The Cool Sweep is likely to extend into next week.

With the hot temperatures, many families will be trying to cool off but when you’re around water, there are always hazards, a Rochester slip and fall attorney at Cellino & Barnes said.

“We’re urging all parents to keep a close eye on their children, especially when they’re at the pool or near an open fire hydrant in Rochester,” slip and fall lawyer Ross Cellino said. “It’s important to stay cool and cold water is certainly a great way to do that but it’s also important to stay safe.”

Slip and fall injuries are some of the most common reasons for hospitalization in America and standing water is often the culprit.

“Parents often tell their children not to run around the pool because they know how easy it can be to slip and fall on a small patch of water,” Cellino said. “The same idea applies almost everywhere during this extreme heat.”

According to the National Floor Safety Institute, more than 8 million hospitalizations are due to falls. It’s the number one reason people are sent to the Emergency Room, making up 21.3 percent of all visits and half of all accidental deaths at home are caused by a fall.

Leaky air conditioners, melting ice near a cooler, and footwear with poor traction (sandals) can all be hazardous in the summertime. Many of these slip and fall incidents occur in stores or in public areas with few warnings.

“Most businesses have a responsibility to warn people about a slippery floor but that responsibility is often neglected,” Cellino said. “We’ve seen so many injuries that could have been prevented if the person was at least warned about a wet floor.”

Rochester slip and fall lawyers say the proper footwear could also prevent an injury. Sandals are “in” during the summer but many brands don’t have nearly enough traction to avoid a slip and fall. Cellino suggests wearing shoes or sneakers when around water or slippery areas, if possible.

With offices across Western and Central New York, Cellino & Barnes is a proud supporter of the Rochester community. Promoting health and safety, the attorneys at Cellino & Barnes hope to make New York State a better place to live and work for everyone. For more information and summertime tips, visit Cellino & Barnes on Facebook. 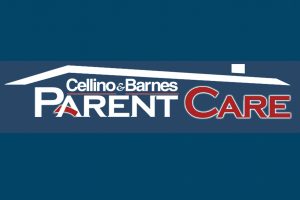 NEW YORK – It doesn’t matter if you have an iPhone, an Android smartphone – or now, just a computer. You have the ability to find detailed information on the best nursing homes in your area.

Found on the Apple App Store or on the Google Play Store, the Parent Care app is an excellent tool for families thinking about long-term care. All of the information available on the app is now online at Parent-Care-App.com.

Cellino & Barnes introduced the Parent Care app and its website in an effort to help families compare and contrast nursing homes so they can feel confident their loved one will receive the care that he or she needs.

“It’s estimated that over 40 percent of nursing home patients have been a victim of neglect or abuse,” nursing home negligence attorney Ross Cellino said. “Since abuse is so common in nursing homes, we wanted to give families a tool they could use to help find the highest-rated facilities in their area.”

Parent-Care-App.com offers ratings for every nursing home that is registered with Medicare. Based on a 5-star system, the ratings include:

The site also has detailed information on each nursing home including the number of hours staff spends on patients each day and the number and cost of penalties a nursing home has incurred.

“The information on the Parent Care app on Parent-Care-App.com was collected from a trusted resource, Medicare,” Cellino said. “We wanted to give families all the information we could find on an easy-to-use app and website because choosing a nursing home is an important decision.”

The website and app also have guidelines and helpful suggestions for families who are looking at nursing homes or already have a loved one in a long-term care facility. Cellino & Barnes offered tips on how to choose a nursing home and how families can afford long-term care.

For those who suspect abuse or neglect, the Parent Care app and website explain how a family can report a nursing home and what to do if a loved one is injured.

“Neglect and abuse are very serious and the warning signs are often difficult to identify,” Cellino said. “Whether it’s verbal abuse, physical abuse or neglect like dehydration or infections, there are ways to identify these wrongdoings and hold nursing homes responsible.”

The nursing home neglect lawyers at Cellino & Barnes urge anyone to report neglect or abuse – even if it’s just a suspicion.

If your family member has ever been injured or suffered abuse in a nursing home, contact Cellino & Barnes today for a free consultation. 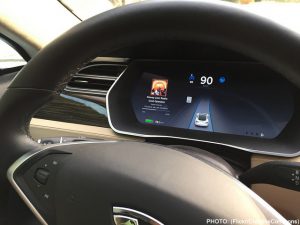 NEW YORK – Everyone knew this day would come. After all, not every accident can be prevented but after a successfully rolling-out partially self-driving cars for eight months, Tesla has become the subject of a federal investigation.

Tesla revealed that one of its Model S vehicles equipped with the company’s Autopilot had been linked to fatal accident and the National Highway Traffic Safety Administration will be investigating the crash.

According to the Levy Journal in Florida, the Model S subject of the federal investigation was traveling next to a tractor trailer on a central Florida highway. Neither the driver nor the car noticed the heavy truck “against a brightly lit sky.”

A New York car accident lawyer at Cellino & Barnes says these systems provide drivers with the hope and promise of a safer ride but even the machines aren’t perfect.

“As autopilot systems become more complex and widely distributed to cars around the nation, we want to emphasize the importance to remain alert as a driver in New York,” car accident attorney Ross Cellino said. “These safety systems are constantly being tweaked and retooled and there’s no knowing how the car will react.”

The accident happened on May 7th in Williston, Florida. Joshua Brown, 40, from Ohio was killed when the Model S struck a large truck. The truck driver was not injured, police said.

Without Autopilot, a fatality occurs on U.S. roads every 94 million miles, on average. Tesla however, claims its Autopilot feature has driven greater distances without an incident. Pending the results of the federal investigation, Tesla hasn’t ruled-out issuing a recall.

When Tesla introduced Autopilot in its vehicles last October, CEO Elon Musk cautioned car owners that the system, which allows Tesla cars to steer, brake and change lanes automatically were in ‘beta release.’

“We’re advising drivers to keep their hands on the wheel,” Musk said in October. “You need to be ready to take the wheel at any time.”

The New York car accident attorneys at Cellino & Barnes echo Musk’s warning but Cellino says the company could still bear some of the responsibility.

“Drivers don’t always know what the car is thinking,” Cellino said. “Much like a computer, the slightest malfunction could cause problems – even a deadly crash.”

How could the vehicle not recognize the large tractor trailer in the adjacent lane? …And did the driver have enough time to react? Those are questions federal investigators hope to answer.

The Florida accident is the first known death in over 130 million miles of autopilot operation, Tesla said.

Cellino & Barnes has represented clients in all 50 states and Canada. It has also received high scores and praise from former clients for ability, quality of service and value. If you or a family member has been injured in a crash, contact our New York car accident lawyers today for a free case evaluation. 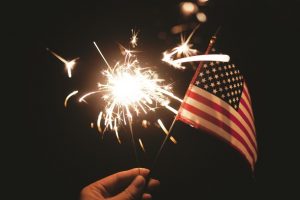 BUFFALO, N.Y. – Every year, Americans celebrate the Fourth of July in many different ways and each year, dozens of people injure themselves in equally diverse ways.

NFL pass rusher Jason Pierre-Paul says he will celebrate Independence Day outside the country a year removed from an infamous fireworks accident that damaged his right hand. Alongside the U.S. Consumer Product Safety Commission, JPP made a public service announcement about his fireworks experience – you can watch it here.

“In a split second it blew off my whole hand,” Pierre Paul said in the PSA. “All I could do was think about my son and was I going to make it. Now I’m truly blessed to be alive. Now when I look at fireworks, I think about safety.”

Like Pierre-Paul’s sudden realization, it often comes too late for many Americans.

In the weeks following the Fourth of July, more than 200 people are rushed to emergency rooms each day with fireworks-related injuries, the CPSC said.

Fireworks however, will not be the only danger this weekend. A Buffalo car accident lawyer at Cellino & Barnes says it’s always important to put safety first over a long holiday weekend.

“There will be a lot of events this weekend with fireworks, barbecues and alcohol across Western New York and in Buffalo,” car accident lawyer Ross Cellino said. “That means, there’s a higher risk of drunk drivers getting behind the wheel and higher risk of car crashes due to the number of people on the roads.”

In 2104, the National Highway Traffic Safety Administration reported nearly 400 people were killed in traffic crashes of the 4th of July period. Nearly half of those crashes involved at least one driver who was under the influence of alcohol.

In an effort to prevent unnecessary injuries this weekend, the Buffalo car accident lawyers at Cellino & Barnes issue the following eight tips:

For more information on Fourth of July safety and events in your neighborhood, like Cellino & Barnes on Facebook.