NEW YORK – The nation saw a record spike in the number of fatal car crashes last year and statistics show accidents are on the rise, despite safety improvements to both vehicles and infrastructure.

Many safety advocates attribute the rise to an increase in drivers sharing the road and better public transportation could drastically reduce the number of traffic collisions – and injuries.

A new study conducted by the American Public Transportation Association (APTA) found that people who use public transit are 90 percent less likely to be involved in a motor vehicle accident. That makes traveling by bus or rail roughly 10 times safer per mile than commuting by car or truck.

A Queens bus accident lawyer at Cellino & Barnes says using public transit may be a great option for some New Yorkers but it comes with its own risks.

“No mode of travel is risk free in Queens,” bus accident lawyer Steve Barnes said. “Each year, thousands of people are injured while riding the bus or train; it may be statistically safer than driving but these accidents can often be catastrophic when they do occur.”

According to the Federal Motor Carrier Safety Administration, about 38,000 people were injured in bus crashes in 2013. The year saw more injuries on buses than any of the previous 25 years. At the same time, more than 35,000 drivers were killed in motor vehicle collisions last year, a record 7.2 percent increase from 2014.

Many of those traffic collisions were attributed to distracted driving. Safety advocates and supporters of public transportation say taking the bus or train allows passengers to multitask without changing their safety risk.

The National Transportation Safety Board recently said that public transit could help keep high risk drivers, like teens, away from the driver’s seat. Taking the bus or train also allows the passenger to sleep and avoid the always-dangerous DWI.

“There’s an estimated $86 billion backlog of repairs that need to be made to various public transit systems across America,” Barnes said. “Trains and buses aren’t being maintained as much as they should be and railroads and bus lanes are falling apart. We continue to find safety oversights and technical issues when we investigate an accident.”

The APTA study acknowledges some of these hurdles, which are mostly financial obstacles. However, statistics show that when there are fewer vehicles on the road, there is a strong correlation to fewer accidents and a well-developed public transit system would certainly remove many cars and trucks from already congested roads and highways.

The Queens bus accident attorneys at Cellino & Barnes have helped many New Yorkers get the maximum compensation after a public transit crash. If you’ve been injured while on a bus or train, contact Cellino & Barnes today for a free case evaluation. 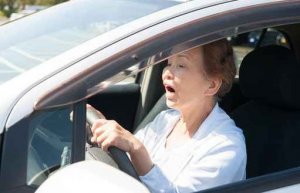 ROCHESTER, N.Y. – Car crashes are dangerous for people of all ages but statistics have shown that elderly drivers consistently face a higher risk when they get behind the wheel. Despite the statistics, new research says teens remain the most dangerous drivers on the road.

According to the Centers for Disease Control and Prevention, an average of 586 adults over the age of 65 are injured in car crashes each day. In addition to that number, more than 5,500 older adults are killed in car crashes yearly. Per mile behind the wheel, fatal crash rates are highest among drivers over 85.

However, British researchers say elderly drivers aren’t any more dangerous than teens despite the higher risk of injury or death. In fact, drivers over 70 are involved in 3-4 times fewer crashes than drivers between the ages of 17 and 21.

A Rochester car accident lawyer at Cellino & Barnes says older drivers are simply more susceptible to injuries and medical complications as a result of an accident.

“Car crashes can happen to anyone at any time in Rochester,” car accident lawyer Ross Cellino said. “Even if the crash is not your fault, you can suffer real and devastating injuries as a result. Elderly drivers happen to have the highest risk of suffering severe injuries.”

Older drivers were not found to be flawless however, researchers at Swansea University said. Drivers in their 70’s and 80’s tend to make more mistakes when they felt under pressure from other people on the road and most mistakes occurred at intersections.

Rochester car accident attorneys say intersections are now some of the most complicated and dangerous areas on the road but many towns and cities in New York are making infrastructure improvements to enhance safety at busy intersections.

“A person has several decisions to make every time they approach an intersection and some intersections are more dangerous than others,” Cellino said. “More than two-thirds of those who were hurt in a car crash were injured at an intersection – that’s how complex and dangerous some of these crossroads can be.”

In some cities and towns, traffic signals are being replaced with roundabouts to improve both intersection safety and traffic flow. Drivers are only faced with right-hand turns at intersections with roundabouts, limiting the number of decisions and traffic factors the driver must evaluate. Safety advocates believe changes to infrastructure like this could help decrease the number of injury and fatality crashes for older drivers.

Researchers at Swansea said older drivers often compensate for declining health by slowing down, leaving larger gaps and choosing the best weather to be on the road. These choices would tend to support roundabout infrastructure, which is most effective at slow to moderate road speeds.

Some states have discussed re-testing older drivers. Assessment programs have been launched in other countries like Australia and Denmark but neither of those nations reported positive results.

Although researchers concluded that older drivers are just as safe as everyone else, they did suggest eye tests and extra monitoring of prescription drug use.

As one of the largest personal injury law firms in New York State, the Rochester car accident lawyers at Cellino & Barnes urge drivers of all ages to be safe on our streets, roads and highways. If you’ve been injured in a car crash, call the firm that has been trusted by Western and Central New York for over 50 years. Call Cellino & Barnes today for a free consultation. 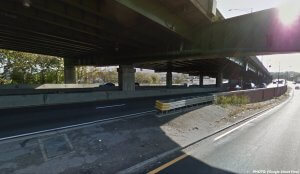 NEW YORK – Three people were killed and nearly a dozen others were injured in a multi-car pileup on a Long Island Expressway exit early Wednesday morning. Authorities are investigating the horrifying crash but speed, a faulty guardrail and a dump truck may be contributing factors.

Police believe a high-speed race initially triggered the chain-reaction crash, the New York Post reported. Investigators said a black 2010 Infiniti was speeding when it struck a guardrail, splitting the vehicle in half.

According to the Post, 25-year-old Michael Fabre was at the wheel when he lost control of the vehicle on the east side of the Long Island Expressway near the Maurice Avenue exit in Maspeth.

Fabre was pronounced dead on scene. Police told reporters that the two other deaths associated with this crash also occurred in Fabre’s vehicle. Rear passengers Giovanny Sanchez, 24, and Christina Formato, 24, were ejected from the vehicle after it struck the guardrail and were declared dead at the scene.

A fourth passenger inside the Infinity is listed in stable condition, according to investigating police.

The crash sparked a chain-reaction as the driver of a Kenworth dump truck did not stop in time to avoid crashing into five other vehicles that were stopped on the highway. A New York car accident lawyer at Cellino & Barnes says there are many factors that could have reduced the severity of the deadly collisions.

“Heavy trucks are always a concern for drivers in New York,” car accident lawyer Steve Barnes said. “When our attorneys investigate a crash involving a heavy truck, like a dump truck, we look at the amount of time the driver had been behind the wheel and we also look at the vehicle’s maintenance record because a lot of times these trucks can have faulty brakes that prevent the driver from stopping on time.”

The truck was marked as a Nickabella’s Trucking Corp. vehicle, Post reporters wrote.

New York car accident lawyers say the guardrail should also be scrutinized for safety. Just this summer, a congressional study found that many guardrails were not properly tested before they were installed, sparking dozens of injuries and lawsuits.

“Some guardrails can act like spears and if they’re not properly tested and installed, they have been known to impale vehicles, drivers and passengers,” Barnes said. “Guardrails that act in this manner are not only considered defective, they can also be deadly in scenarios like the one that occurred in Queens this week.”

The congressional report criticized the Federal Highway Administration for its lack on testing and concerns over faulty guardrails date back years. In October 2014, a jury found Trinity Industries, a manufacturer of guardrails, guilty of fraud and assessed a $175 million verdict.

“Guardrails are supposed to be designed to keep drivers and their passengers safe in the event of a crash,” Barnes said. “If a guardrail is able to split a vehicle in two, it may not be designed properly and it is something that our attorneys would certainly investigate.”

Although the Long Island Expressway is open to traffic again, NYPD’s Collision Investigation Squad continues to investigate the crash.

The families of Michael Fabre, Giovanny Sanchez and Christina Formato have lost a loved one and several other drivers and passengers are recovering in New York hospitals.

“It’s devastating to lose a loved one in a car crash. Victims and their families will be looking for answers,” Barnes said. “If they’re injured, they’ll want help with lost wages, child care, missing time from work, and the mounting medical bills.”

Barnes said filing a claim could also spark positive changes to road configuration and large truck safety so similar incidents can be prevented in the future.