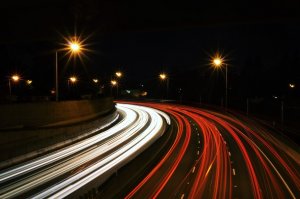 NEW YORK – You’ll be turning the clocks back one hour this weekend. For most, it means an extra hour of sleep but for some, it can create a dangerous evening commute as drivers find it harder to see the road.

Each day the sun sets minutes earlier and we rapidly lose daylight. This alone has been linked to a spike in the number of car accidents involving pedestrians, a New York City data analysis found.

A Manhattan car accident attorney at Cellino & Barnes says starting Sunday, drivers won’t be losing a minute or two – they’ll be losing a whole hour of daylight thanks to the sudden end of Daylight Savings Time.

“Around half of all car accidents happen at night despite significantly less traffic on the streets in Manhattan,” car accident lawyer Ross Cellino said. “Pedestrians in particular face a higher risk because many drivers may not be used to commuting without sunlight and that driver may not notice a person in a crosswalk in low-light conditions.”

Crash statistics found that 40 percent of the pedestrians killed in car crashes last year were struck during the months of October, November and December. As a response, Mayor Bill de Blasio is using billboards and TV ads to warn New Yorkers of the problem: darkness.

The new public safety campaign will cost the city $1.5 million but it hopes to warn drivers – and walkers – to be careful after dark.

“When we look at the statistics, we notice a concerning spike in the number of crashes between 6pm and 7pm,” Cellino said. “Some people simply aren’t prepared for a suddenly dark rush hour and many crashes are caused by drivers without their lights on.”

Every driver will battle the same problem, Manhattan car accident lawyers said. They simply can’t see as well during the darker commute.

Doctors note that even those with good eyesight cannot adapt quickly to the decreased daylight. The lack of contrast will impact every driver’s depth perception and glare can become a real problem.

As we approach the darkest day of the year, the sun can set as early as 4:30pm. During this time, even early commuters must deal with sun glare and those who don’t leave work until after dark have to battle the glare from other headlights.

Add all the factors together and it makes the transition to Standard Time a dangerous one.

In fact, the injury rate involving pedestrians triples during the late fall and early winter months.

If you’ve been injured by a negligent driver, you could be entitled to significant compensation. Recognized as Best Lawyers and with offices across New York, the lawyers at Cellino & Barnes can help you get the best result possible. Call a Manhattan car accident attorney today for a free consultation.