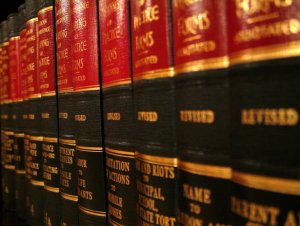 BUFFALO, N.Y. – If you’ve been injured because of someone else’s negligence, it’s often a wise decision to talk with a lawyer who focuses on personal injury law.

Personal injury claims are often complex and cover a variety of different accidents including slip and falls, medical malpractice, car accidents, defective products, construction injuries, and more. Since these injuries are often severe, you may need financial compensation to cover the costs associated with these accidents.

A successful personal injury claim can compensate victims for medical bills, lost wages, pain and suffering, loss of work, and other monetary damages.

The fact is, not every lawyer focuses on personal injury litigation – many law firms cover a variety of legal matters. But in most cases, the insurance companies will have their own legal team; one that is completely knowledgeable in personal injury law.

That’s why it’s important for anyone who has been injured to call an attorney who focuses on personal injury, and someone who is just as knowledgeable and experienced as the insurance company’s lawyer.

According to a Buffalo personal injury lawyer at Cellino & Barnes, a strong legal team will also have a variety of resources to help injured victims and their families get the best results possible from a claim.

As one of the largest personal injury firms in the nation, Cellino & Barnes has access to medical experts and other professionals who can help strengthen a case. The firm’s Buffalo personal injury lawyers are also trial-tested and have proven track records of success; both in negotiating settlements and putting together cases for trial.

A personal injury attorney is also convenient for victims and their families. When you file a claim, there are stacks of paperwork that go with it. Your lawyer can help complete the necessary forms, file motions, gather statements from witnesses and experts, and handle your entire case from open to close.

Every injury claim is unique but the most experienced personal injury attorneys are likely to have worked with victims who suffered similar injuries in similar accidents. When contacting a personal injury lawyer, it’s always a good idea to ask questions:

The Buffalo personal injury lawyers at Cellino & Barnes will make sure that you are treated fairly by the insurance companies and the negligent parties that may be responsible for your injuries or loss. They can make sure your claim is filed properly and on time; and they won’t take a fee unless they win your case, so you can be assured that you and your family can obtain the best result possible.

If you’ve been injured, contact a Buffalo personal injury attorney at Cellino & Barnes today for a free case evaluation. 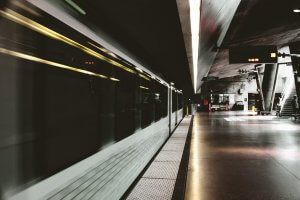 NEW YORK – A Long Island Rail Road train struck a bumping block in Brooklyn Wednesday morning, causing the train to jump of the tracks during the morning rush hour.

According to the FDNY, at least 103 people were injured in the train accident. Fortunately, none of those injuries are considered life threatening. New York Gov. Andrew Cuomo said the worst injury is a possible broken leg.

Although officials are calling the accident “minor,” passengers said the scene was chaotic for dozens of commuters.

Rider Natasha Mosley told CBS New York she also hit her head in the Brooklyn train accident. Natasha Mosley said she was sitting in the first car when the train lurched off its tracks.

Another rider, Robert Fried, described the accident as a sudden jolt that left passengers confused and many others injured.

“Everybody in front of me was actually doing a head jerk and falling,” Robert Fried told CBS New York. “It was pretty intense and pretty scary.”

Passenger Michelle Reed told reporters that, despite the injuries, the incident could’ve been much worse.

Many other passengers echoed the same sentiments but just three months after a similar crash in Hoboken, N.J., riders are left wondering: how could something like this happen again?

A Brooklyn train accident attorney says a detailed legal investigation will look at all the factors that may have contributed to the accident.

These factors could include:

In addition to investigating what specifically caused the derailment, an experienced Brooklyn accident lawyer will look at the history of train derailments like this and a detail-oriented analysis will look into the train operator’s records to determine whether they had a history of other accidents or an illness like sleep apnea that may have played a role in the accident.

Gov. Cuomo said the train didn’t stop when it was supposed to. Although it is currently unclear how fast the train was moving at the time of the derailment, an experienced legal team could obtain the facts and use them to help accident victims get compensation for their injuries.

Passengers Natasha Mosley, Robert Fried and Michelle Reed all described the Brooklyn train accident scene as ‘chaotic’ and dozens of other riders were taken to New York hospitals for treatments. Although the official injury tally stands at 103, doctors are prepared to treat other passengers since some injuries – especially whiplash injuries – can manifest hours, days or even weeks after an accident.

Experienced accident attorneys will gather all the evidence these victims need to get the best result possible. A solid legal team will not only look at accident reports – they will also look for other pieces of evidence that could help accident victims. This evidence could include:

When an injured victim files a claim, their legal team can also put pressure on the railroad companies to make their trains, tracks and stations safer for everyone.

If you or a loved one have been injured in a train accident, contact one of our Brooklyn personal injury attorneys at 800-888-8888.