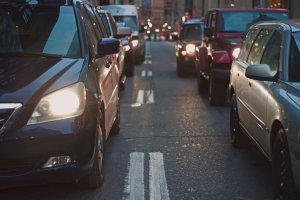 BUFFALO, N.Y. – Traffic deaths spiked in 2016 after years of steady decline, and safety experts have been scrambling to find out why. One new study links the lack of driving safety laws to the surging number of accidents.

The new report, conducted by Advocates for Highway & Auto Safety, ranked the traffic laws around the country. Some of the laws it analyzed included:

Many of the states the report evaluated had low scores on their report cards, and the safety advocates who developed the study said many motorists and pedestrians are needlessly getting injured or killed on U.S. roadways even though there are certain measures that can be taken to prevent traffic accidents.

The research group identified nearly 400 state laws that could help improve traffic safety, including regulations on strict seat belt use, graduated driver licensing for teens, enforcement of distracted driving laws, and motorcycle helmet use, among others.

Traffic deaths were up by over seven percent in 2015, the largest spike in 50 years. Preliminary figures don’t bode well for 2016, either. According to the National Highway Traffic Safety Administration, 2016 may have experienced another record-breaking increase in traffic deaths.

Some of the states with the worst scores included:

Meanwhile, Rhode Island received the best scores. The state has at least a dozen laws that help protect drivers, passengers and pedestrians from potential car crashes.

In New York State, there are several laws in place to help reduce the risk of a motor vehicle crash, but the state did not make the top five, the report found. Instead, the Empire State received a “Yellow Rating,” which indicates improvement is needed, and there may be gaps in the recommended optimal safety laws.

These bad habits add up, and a Buffalo car accident lawyer at Cellino & Barnes says the majority of car crashes now involve a driver who was either distracted or speeding, or in some cases, both.

If you’ve been injured by a negligent driver, the Buffalo car accident lawyers at Cellino & Barnes can help you get the best result possible. Their team of trial attorneys has helped their clients recover over $2-billion in settlements and verdicts, and they’ve been trusted by Western New Yorkers for over 50 years.

A Buffalo car accident attorney can investigate your claim, and help determine what factors were at play. In some cases, this evidence can maximize your compensation. If you or a loved one has been hurt in a car crash, call Cellino & Barnes today for a free case evaluation.