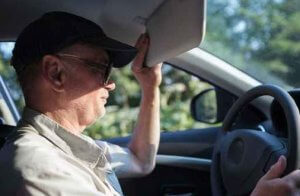 BUFFALO, N.Y. – As we age, we become more susceptible to injuries. Those over the age of 75 are more likely to suffer catastrophic injuries in a car crash than any other age group. But one study has found ways to improve their chances on the road.

According to research published in the Journal of the American Geriatrics Society, educational programs targeted at older drivers have helped reduce the number of car crashes they’re involved in.

Following the courses, researchers attached GPS devices in their cars to collect data on their driving behavior. The study found that the older drivers who took the safe driving program were more likely to regulate their driving patterns, and avoid the times and areas that were considered risky for their age.

Those who were subjected to the intervention also reported a strong willingness to change how they drive.

Researchers are now continuing their study to find out specifically how age impacts a person’s driving habits.

YOU’RE A SAFE DRIVER – OTHERS MAY NOT BE

One of the key issues study authors wanted to avoid was isolating seniors from their communities. Obviously, seniors may not be able to – or want to – completely avoid driving at night, or in the rain where eye sight and reaction times are critical skills for drivers to have.

The study points out that simply knowing how risky these driving situations are can significantly change a person’s driving behavior. Unfortunately, not everyone will be putting safety first when they’re behind the wheel at night.

Almost every car accident can be prevented with safe driving practices. When a negligent driver is distracted, speeding, or drunk, they can cause serious harm to themselves or others. The Buffalo car accident lawyers at Cellino & Barnes know just how prevalent these drivers can be.

In Erie County alone, more than 49,000 people received speeding tickets, and another 7,000 were cited for cell phone use, or texting while driving.

If you or a loved one has been injured by a negligent driver, our Buffalo car accident attorneys can help. We’ve obtained more than $2 billion for our clients, and all of our lawyers have trial experience, so you can be confident we will do whatever it takes to win your case.

When a car accident impacts your family, contact a Buffalo car accident attorney at Cellino & Barnes for a free case evaluation. 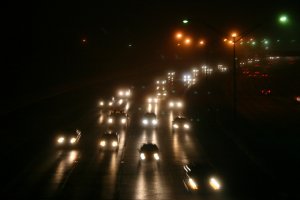 MELVILLE, N.Y. – For the second straight year, motor vehicle fatalities spiked on U.S. roads and the number is estimated to reach over 40,000, which would be the most in nearly 10 years. The accident rate is skyrocketing despite many safety improvements and campaigns that are supposed to reduce the risk to drivers and passengers.

Experts say Americans are simply driving more. We even set a new record for most miles driven in a single year: 3.2 trillion miles. But new data suggests something else may be at play, since the ratio of accidents to miles driven also rose.

Drivers have some nasty habits.

Distracted driving is considered an “epidemic” by many highway safety advocates, and what’s worse: most drivers know it’s dangerous, but many still text or browse the internet while they’re behind the wheel.

Smartphones aside, drivers have many other bad habits that fall into the category of ‘distracted driving.’ According to a new study by the National Academy of Sciences, nearly 40 percent of all crashes would have been avoided if the driver wasn’t distracted.

Aside from drinking and driving, researchers pinpointed five other extremely risky scenarios that often cause car crashes:

A distracted driver is not only a risk to themselves – they’re also a risk to every other driver on the road. Distractions are at play in millions of car crashes every year, many of which occur on Long Island roads.

When victims are injured by a negligent driver, proving a distraction was a factor can be difficult. With a strong legal team in your corner, a legal investigation can help uncover some of these facts and potentially maximize the value of a personal injury claim.

If you’ve been injured in a car crash, the Long Island car accident lawyers at Cellino & Barnes can help. Call one of our experienced attorneys today for a free case evaluation.