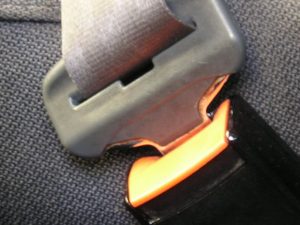 GARDEN CITY, N.Y. – Your cars have evolved over the last century but no improvement has saved more lives than the seat belt. With statistics in hand, the Department of Transportation has launched advertised, launched huge public relations campaigns and in most states, introduced legislation to convince Americans to buckle-up.

Even though we all know how important it is to use a seat belt, a whopping 11.5 percent of the nation’s drivers and passengers don’t click-it. That adds up to nearly 25 million people who ignore the DOT’s warnings, and the law.

A Long Island car accident lawyer at Cellino & Barnes says there are no excuses anymore.

“Seat belts are some of the most important pieces of equipment in your car and the law says everyone must wear one on Long Island,” car accident lawyer Ross Cellino said. “Those who don’t wear seat belts not only put their lives at risk – they’re also setting a bad example for others.”

Consumer Reports recently polled readers on their seat belt usage and found that many of those who don’t wear seat belts grew up without having to wear them. These ‘baby boomers’ also watched their parents driving around without a seat belt for the majority of their lives.

Seat belts have been standard safety features in all cars since 1968, according to the National Highway Traffic Safety Administration. It’s taken decades to get to where we are today with seat belt usage. Nearly 90 percent of the drivers and passengers on the road buckle-up but safety advocates say it’s still not good enough.

“Seat belt use can be a game changer in personal injury cases,”Cellino said. “If an accident does occur, experts could determine your injuries could’ve been prevented if you had been wearing a seat belt and that can drastically change the outcome of a case.”

The odds are simply not in your favor if you don’t buckle-up.

Statistics show that a driver or passenger is twice as likely to die in a crash if they aren’t wearing a lap/shoulder seat belt.

Still, only 49 states require it.

New Hampshire is the only state in the nation that doesn’t require seat belts to be worn in the front seats, although drivers and passengers under 18 are required to buckle-up.

According to a 2010 study conducted by the NHTSA, car crashes cost the nation a whopping $242 billion. When pain and suffering is included, the bill reaches nearly $1 trillion.

Seat belts directly saved over 12,000 lives last year and prevented over 300,000 serious injuries. When seat belts are used, they can save more than $50 billion in medical care and other costs while passengers who aren’t buckled-up cost America over $10 billion.

Although drivers are required by law to use a safety belt, usage varies by state.

“The bottom line is, it’s the single-most important safety feature in your car and it only takes three seconds to use it properly,” Cellino said. “The penalties and costs for ignoring those three seconds are immense and it’s simply not worth it.”