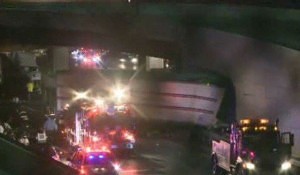 New Jersey State Police said icy conditions are believed to be a factor in the crashes. According to a state police spokesman, a pair of trucks lost control and blocked the highway, sparking the chain-reaction.

Around 70 people were injured and one person died as a result of the rapid-fire collisions on a slippery highway.

“Icy roadways are some of the most dangerous conditions, especially on a highway and all it takes is one vehicle to lose traction in New York,” car accident lawyer, Ross Cellino said.

According to ABC 7 New York, state police said there were a total of 21 vehicles involved in multiple accidents on the inner roadway, reserved for cars only, and 19 trucks and cars collided on the outer roadway.