Home » Blog » The 5 Best (and Worst) States For Medical Care 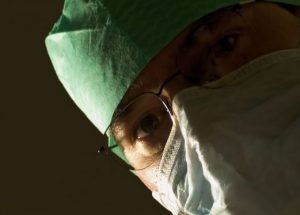 NEW YORK – Americans often trust their doctors with their lives but each year, millions of patients discover they misplaced that trust. Medical errors are now the third leading cause of death in the U.S. and many experts say improvements are being swept under the rug in many states.

According to the National Practitioner Data Bank, as many as 400,000 patients are killed following a doctor’s mistake – and it costs the nation nearly $20 billion each year.

A Bronx medical malpractice attorney at Cellino & Barnes says many hospitals have made improvements to prevent dangerous medical errors but progress has been slow.

“Medical errors are still occurring at astounding rates in hospitals around New York and in the Bronx,” medical malpractice attorney Steve Barnes said. “Some hospitals and doctors have changed their policies but many others continue to ignore safe practices.”

A recent study of medical malpractice statistics determined that northeastern states had high rates of malpractice – with New York boasting 55 cases of death or major injuries per 100,000 patients.

Many cases however, result in minor injuries – but these injuries can be just as costly for patients.

When Bronx medical malpractice lawyers analyzed the total number of claims per capita, New York established itself as a risky place to receive medical care:

The states where doctors were least likely to face a medical practice claim are:

The statistics showed that New Yorkers also filed more Treatment and Surgery-Related lawsuits than any other state and nurse practitioners were defendants in 45-percent of all cases. Physicians were the objects in roughly one-third of the claims.

One recent study suggests that almost every American will receive at least one misdiagnosis in their lifetime, which can lead to serious consequences.

Bronx medical malpractice lawyers say safety must be taken seriously and it is important for patients to learn as much as they can about their conditions and seeking a second opinion if they are at all uncomfortable.

If you or a loved one have been misdiagnosed or suffered an injury as the result of medical malpractice, Cellino & Barnes has been recognized by Best Lawyers and with offices across New York State, they are always available to help.