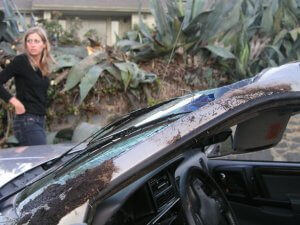 NEW YORK – When you drive distracted and cause an accident, it’s no shock to see your insurance premiums spike. But even those who are not at fault could end up paying more for coverage, a consumer report found.

The Consumer Federation of America did some research on the insurance industry and obtained price quotes from a handful of the largest auto insurers in 10 cities, including Queens. The study found that drivers in New York City tend to fork over the most cash after getting into accidents they didn’t cause.

The consequences add to the costs of auto insurance, and in New York, that can be a steep penalty for doing nothing wrong.

In Queens, the average premium hike was $401 for those who were not-at-fault.

“These charges are in addition to the medical bills, lost wages and other costs associated with personal injuries that can happen as a result of a car crash in Queens,” car accident lawyer Ross Cellino said. “Many of these victims suffer real injuries, and to be hit with an insurance increase can be another unexpected punishment.”

Two states have already banned such penalties – California and Oklahoma – but that leaves the majority of the nation’s drivers exposed to significant rate hikes if another driver crashes into them.

The report also found that some insurers were more unfair than others. One insurance company applied additional charges to every quote except in cities where rate hikes were prohibited by state law. These surcharges sometimes raised quoted rates by 10 percent or more.

Other insurance companies occasionally charged innocent drivers, and only one insurer never increased rates for those who had not-at-fault accidents.

Insurance groups argue that the report is overly simplistic – and it’s missing several key factors insurance companies use to generate the true cost of a driver’s auto premiums.

The report, whether it’s accurate or not, raise several questions:

WHY ARE SOME SAFE DRIVERS FACING HIGHER PREMIUMS?

According to the insurance companies, it’s often not clear to them who is at fault.

HOW CAN A SAFE DRIVER KEEP THEIR PREMIUM LOW?

Any driver should be able to find the best rate by shopping around. If your insurer slaps you with an unexpected rate hike, chances are some other insurance company will jump at the opportunity to sign you up at with a better deal.

WHAT CAN I DO IF I’M INJURED?

Car accidents are not only costly – they’re dangerous too. Even when drivers follow all the rules of the road and practice safe driving habits, one bad driver can change everything.

Although the insurance company will likely offer to pay certain medical expenses, it is a business for them – and a Queens car accident attorney at Cellino & Barnes says insurance companies don’t often provide crash victims with fair compensation.

Obtaining an experienced attorney is the easiest way to ensure that you and your family obtain the best result possible from an injury claim.

If you or a loved one has been injured in a crash, contact the Queens car accident lawyers at Cellino & Barnes today for a free case evaluation.