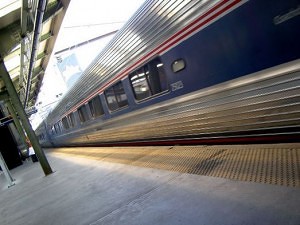 NEW YORK – The National Transportation Safety Board made an overture on Wednesday, telling Amtrak to install video cameras to monitor the actions of its train engineers.

The recommendation is part of the Board’s response to a May train crash that killed eight and injured 200. The crash happened while an Amtrak train was traveling from Washington to New York City but derailed in Philadelphia. Investigators with the NTSB discovered the train was going more than 100 miles per hour around a curve, double the speed limit for that area.

New York train accident attorneys at Cellino & Barnes said any action that could increase train safety would be an improvement.

“Installing a recording device in a train’s cab will be a constant reminder for operators in New York,” train accident attorney Ross Cellino said. “If an engineer knows he or she is on camera, they’re more likely to make an effort to stay awake and pay attention while operating.”

Advocates for train engineers are opposing the proposed action, citing an ‘invasion of privacy.’ An Amtrak spokesman said, “Amtrak is reviewing the NTSB recommendations and will incorporate them, as appropriate, into our plan to install inward-facing cameras in the locomotive fleet.”