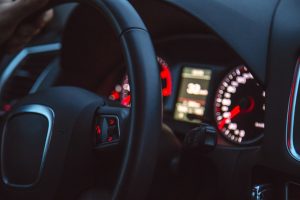 NEW YORK – It’s happening at a turtle-paced speed but America’s roads are changing one car at a time. Already, thousands of vehicles have some type of automation like automatic braking or the popular ‘drive assist’ features linked to a growing number of brands.

However, fully-automated vehicles – those self-driving ones I’m sure you’ve heard of – are years away from being mass-produced and sold to American drivers. And there’s reason for caution.

According to survey data from the Massachusetts Institute of Technology, drivers aren’t ready to put their trust in fully autonomous vehicles. In fact, most drivers are more comfortable with a driver behind the wheel.

A Long Island car accident attorney at Cellino & Barnes says some concerns are warranted and it could take decades for automakers to convince consumers that self-driving vehicles have a place on the roads and highways.

“In order for a vehicle to be fully automated, it needs to have sophisticated sensors and computers, which could be susceptible to glitches and that alone can be concerning for drivers in Long Island,” car accident lawyer Ross Cellino said. “On the other hand, driver error is the leading cause of car crashes in New York; so as vehicle features evolve to eliminate driver error, road safety should improve – in theory.”

The MIT survey found participants were at least ‘open’ to some level of automated technology. Things like speed control, drive-assist, and safety tech that could reduce the severity of a crash were welcomed features. But when it comes to taking over the wheel, forget about it.

In some cases, there’s too much tech.

Up to 15-percent of drivers said they “like but don’t use” the technology currently available in their cars.

“Everything is happening at a rapid pace,” Cellino said. “Every year, automakers are introducing new technologies and features they claim will make cars safer and despite this, we saw a record increase in the number of car crashes last year.”

The National Safety Council said 2015 saw the largest rise in traffic deaths in the past 50 years. Drivers now have more disposable income, which put more cars on the roads and distracted drivers are behind the wheel in a record number of cars. Both factors attributed to the rise in accidents, the NSC said.

One of the main goals of vehicle automation is to reduce the number of distracted drivers by taking the wheel away from human hands. Although there are good intentions, safety advocates say it could backfire in the coming years as vehicles move closer and closer to becoming self-driving machines.

“With each new technology, drivers face the temptation of getting distracted – whether by their phones or the new tech itself,” Cellino said. “Although many vehicles today are partially automated, it’s still important for the driver to pay attention to the vehicle and their surroundings.”

Researchers at MIT suggested that drivers be reeducated to use new vehicle technology as it’s rolled-out. Currently, many drivers are forced to learn about new features by reading the vehicle manual.

Their findings echoed the results of other studies too. Conducted by J.D. Power and Associates and the University of Michigan Transportation Research Institute, drivers continue to voice their concerns about the future of the American car.

For over 50 years, the Long Island car accident lawyers at Cellino & Barnes have helped injured drivers recover from crashes caused by negligent drivers. For more information on the law firm and for office locations, find Cellino & Barnes on LinkedIn.