Home » Blog » Avoiding the Emergency Room During the Snow Storm 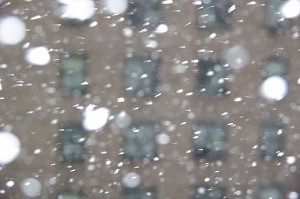 NEW YORK – As millions stock up on canned goods, rock salt and snow shovels, bracing for a nor-easter winter storm. What few people consider are ways to stay out of the emergency room when the storm strikes.

Doctors say cold weather immediately puts people at a greater risk of having a heart attack because the frigid air tightens the blood vessels. On top of that, treading through the snow and shoveling is heavy exercise, further straining your vascular system.

When the winter storm hits, another leading cause that brings people into the hospital is carbon monoxide poisoning. Studies have shown that many drivers will leave their cars idling while they shovel the snow. Doctors say this is a bad idea because snow and ice can get lodged in the tailpipe, causing a buildup of the deadly gas inside the car cabin.

Most often, drivers are rushed to the E.R. because of car accidents or because they’ve slipped and fallen on ice.

“Your daily routine has to fundamentally change during a winter storm around Buffalo,” car accident attorney Steve Barnes said. “You could be a good driver but when it’s snowing, the risk of an auto accident or a slip and fall greatly increases.”

Roads can be dangerous even after they are plowed due to black ice, blowing snow and flash freezing.

As you prepare for the next winter storm, remember to stay informed and adhere to area driving bans. The best way to avoid the emergency room is to avoid the storm altogether and stay inside.