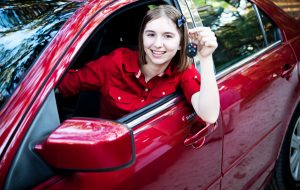 MELVILLE, N.Y. –School is out and the road conditions are clear. It’s the perfect time to learn how to drive but each summer teens are behind dangerous car crashes, and they continue to be the most at-risk age group.

According to the U.S. Centers for Disease Control and Prevention, nearly a thousand teens are killed in car crashes during June, July, and August alone. Statistically speaking, it makes summer the riskiest season for driving.

A Long Island car accident attorney at Cellino & Barnes says getting a driver’s license is an exciting time for teens but safety cannot be ignored.

“Car crashes continue to be the leading cause of death among teenagers on Long Island,” car accident lawyer Ross Cellino said. “Each year, thousands of families lose a loved one in a crash involving a teenage driver and many more suffer life-changing injuries.”

Those under the age of 24 represent just 14-percent of the driver population but they’re responsible for almost a third of all the costs associated with car crash injuries.

WalletHub, a personal finance website, crunched the numbers and used more than a dozen key metrics to determine the safest – and most dangerous states for teen drivers. Their analysis found New York is the safest state in the nation for teens learning to drive.

“New York is a relatively safe state for drivers of all ages because there’s been a strong focus on driver’s education and strict traffic law enforcement,” Cellino said. “Unfortunately education and laws aren’t enough to prevent every crash and teens continue to be the most at-risk drivers across the Empire State.”

Other states have it worse. Much worse.

South Dakota, for example, has the highest number of teen DUIs in the nation and there are few laws in place that promote Graduated Driver Licensing (GDL), a program many states use to educate teens.

The data used to generate the rankings were collected from the U.S. Census Bureau, the National Highway Traffic Safety Administration, the FBI, and several other statistical resources. The authors of the study hope their findings can improve driver safety in every state, especially those that scored low.

If you’ve been injured by a teen driver, Cellino & Barnes has the experience to help you and your family obtain the best result possible. Recognized by Best Lawyers, our Long Island car accident attorneys have helped crash victims recover more than $1.5 billion.