Home » Blog » The Best – and Worst Streets in the City 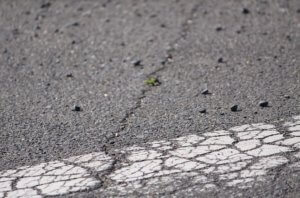 NEW YORK – If you’re looking for diversity, the Big Apple has it. People from every corner of the globe flock to New York City, and they’re proud to call it home. We also boast a wide range of cuisines, art and architecture – and if you want to experience New York’s diverse culture, you have to use city streets. Unfortunately, the condition of our roads is just as diverse as the city itself.

A new report form the Independent Budget Office found that in many areas of the city, streets are falling apart, and some places have it worse than others.

The report used data and ratings from a recent Department of Transportation assessment, and found that the streets in Brooklyn are some of the newest and best streets in the five boroughs – roughly 75 percent of the roadways are in “Good” condition.

Manhattan and Staten Island, however, are in rougher shape. Only 66 percent and 59 percent of the streets were in good condition, respectively.

The report not only looked at the boroughs; it also analyzed the highest and lowest rated streets by neighborhood. With just 28 percent of its roads in “Good” condition, Kew Gardens in Queens has more streets in shambles than any other section of the city, the data found.

The neighborhoods with the best ratings included:

Alongside Kew Gardens, here are some neighborhoods with the worst ratings:

Streets and roads in good condition not only take less of a toll on vehicles; they can also help prevent a car crash.

A New York car accident attorney at Cellino & Barnes says an experienced lawyer doesn’t just look at the police report: they will also analyze the road conditions, traffic signals, signage, and other factors that may have contributed to a crash.

A deep pot hole could alter the path of a car, and faded striping can make important street markers difficult for the average driver to see.

If you or a loved one has been injured in a car crash, count on a team you know will be thorough with your claim. A New York car accident lawyer at Cellino & Barnes will gather every possible piece of evidence that can help maximize the value of your case. For a free consultation, call one of their New York car accident attorneys today: