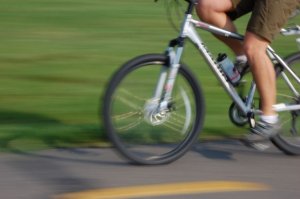 Brian Ricci, 35, of Boerum Hill was the bicyclist struck. According to the Daily News report, Brian Ricci suffered severe head trauma and was rushed to New York Methodist Hospital in critical condition.

The New York Daily News reports the truck, which is owned by Mountain Man Sand & Gravel in Huntingon, L.I., was making a right-hand turn onto Tillary Street from Jay Street when the crash occurred.

Ricci wasn’t the first person to get hurt at this dangerous intersection.

According to city crash data, three other bicyclists have suffered injuries in crashes at the corner of Tillary Street and Jay Street.

A Brooklyn truck accident lawyer says truck drivers have a responsibility to operate their tractor-trailers safely but there are many more factors that should be examined – including safety concerns with the roadway itself.

A thorough legal investigation will into a driver’s record and rest log. The number of hours truck drivers can be on the road has a limit – and for good reason: every year, thousands of people are injured in truck crashes that can be linked to driver fatigue.

In addition to driving records, an intensive legal investigation will look at other factors that could help a victim and their family get the best result possible from their claim. These factors could include:

Several other cyclists have been injured in crashes near Jay Street and Tillary Street. A successful claim could spur changes to improve safety for other cyclists in the downtown Brooklyn area.

Since Brian Ricci’s accident, the New York community has come together to support him and his family; including his husband Frank and their son, Rocco. Family and friends set-up a fundraiser to help Frank and Brian Ricci afford the expenses associated with such a tragic crash.

A Brooklyn truck accident lawyer says there are many expenses associated with a truck or bike crash. Since the injuries are often severe, medical costs can pile-up. On top of the hospital bills, families still have to cover their day-to-day expenses, lost income, child care, pet care, additional transportation, and temporary lodging.

These costs can add-up quickly. However, an experienced Brooklyn truck accident lawyer can help families cover these expenses in addition to getting compensation for a victim’s pain and suffering.

Although neighbors and witnesses were quick to blame the incident on “rampant development” in downtown Brooklyn, police told Daily News reporters that the crash involving Brian Ricci is still under investigation.