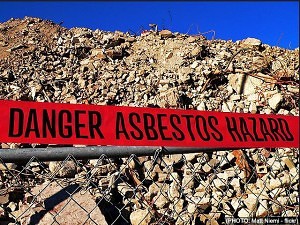 ROCHESTER, N.Y. – For those living with mesothelioma due to asbestos exposure, every dollar can help them live with and treat the deadly cancer. However, a new bill drafted by members of the House of Representatives could make it more difficult for victims to be justly compensated.

A House Judiciary Committee approved the Furthering Asbestos Claim Transparency (FACT) Act of 2015 on Thursday by a 19-9 vote.

“Since the mid-1990’s, bankrupt companies have created trusts to compensate workers who were affected by the manufacturing or other exposures to asbestos,” Cellino said. “These trusts are a vital resource for victims suffering from Mesothelioma.”

The FACT bill intends to protect the trusts from paying out money for inflated or fake claims. Trusts would be required to file quarterly reports on their public bankruptcy dockets and include information on any payment requests or payments made. Rep. Blake Farenthold (R-TX) introduced the FACT bill in January.

“Every dollar taken through double-dipping or unscrupulous legal practices is a dollar less for those victims who face mesothelioma and other asbestos related illnesses,” Farenthold said in a statement. “The FACT Act will shine sunlight into the opaque asbestos trust system to fight this fraud and abuse.”

Critics of the FACT act believe the bill would create legal roadblocks for victims and delay compensation for thousands of Americans with mesothelioma. In another release, the Asbestos Disease Awareness Organization claimed the bill was “benefiting the same corporations responsible for causing this national health crisis.”

Rochester mesothelioma attorneys said victims deserve to have a system that allows each person suffering from asbestos-related injuries to be fairly and justly compensated in a timely manner because many victims don’t have the luxury of time.

“More than 10,000 people die each year from an asbestos-related disease like mesothelioma,” Cellino said. “These victims and their families have a right to get the compensation they deserve.”

A similar bill, introduced by Sen. Jeff Flake (R-AZ), is making its way through the U.S. Senate.