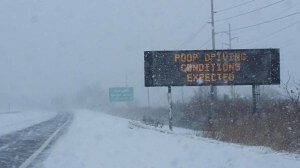 ROCHESTER, N.Y. – At any given time, there can be a dozen car accidents on city streets and along major highways. In New York State, those calls often jump in blustery winter weather.

In Monroe County alone, over a dozen calls were made to 911 on Friday at any given time of day to report a car crash.

Although roads and highway crews keep plowing, roads can be slick due to blowing snow. The heavy winds also made visibility a problem for drivers.

“One of the common responses you hear after a crash is ‘I didn’t see the other car.’ Blowing snow is a real problem for drivers but it’s not an excuse, they still need to be responsible and adjust to the conditions in Rochester,” car accident lawyer, Steve Barnes said. 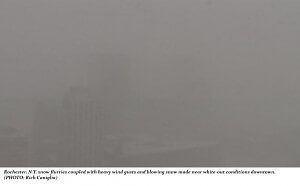 Forecasters expect more flurries throughout the weekend, adding to the adverse driving conditions. A Rochester attorney says city and highway driving will be particularly dangerous.

“One moment it can be clear with a light breeze, we’ve all seen it before,” Barnes said. “The next moment, the driver encounters near white-out conditions and there’s just not a lot of time to adjust.”

Rochester car accident attorneys say weather can be a dominating factor in many crashes but a driver is usually still held liable for his or her actions. He says it’s extremely important to adjust the speed and distance between cars when driving in winter’s hazards.