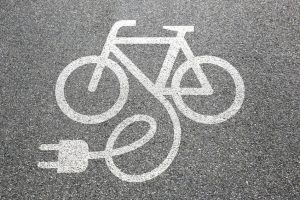 NEW YORK — Citi Bike has pulled e-bikes from service after several people suffered injuries, a New York bicycle accident lawyer said. According to reports, the e-bikes had a “stronger than expected braking force on the front wheel,” causing some riders to be launched over the bike’s handlebars.

After a small number of reports and out of an abundance of caution, we are proactively pausing our pedal-assist bikes from service. Safety always comes first. Read more: https://t.co/QETjYD7bw9

The company announced the recall in mid-April. Approximately 1,000 electric bicycles were taken off New York streets. Lyft, Citi Bike’s parent company, stated that an engineering firm is investigating the cause of the malfunctions, and many other e-bikes were pulled from service in other cities around the country.

Many riders took to Twitter to voice their opinions on the sudden service suspension. Some E-bikers were disappointed with the removal of the bicycles while others said they experienced braking problems first-hand:

I thought my accident was a freak one time occurance… wow. 😕

1st ride on one. Was the biggest Citi Bike fan until the news about the brakes came out. pic.twitter.com/LP7aW4rvnf

The sudden removal of all e-bikes caught many avid users off-guard. Last summer, the company announced that a “vast majority” of its bikes would be electric, and recently added that a $2 surcharge on all e-bike rentals would be in effect as of April 27th.

As of this week, there were only about 9,000 bikes available in New York City, which is far less than the 12,000 bikes that Citi Bike claims it has in its fleet.

A New York bike accident attorney said many riders who were injured on these faulty e-bikes may be entitled to compensation, if they choose to file a claim. Already, several riders have filed an e-bike lawsuit against Citi Bike since the company expanded its pedal-assist fleet last summer.

E-bike riders can suffer a number of injuries if the e-bike they were riding suddenly malfunctions. Some of these injuries include:

What To Do If You Were Injured On An E-Bike

If you’ve been injured due to an e-bike malfunction, it’s critical to act fast! The following steps should be taken right away:

These are all important to steps to take after any bicycle accident in New York City. In addition to these steps, you’ll also want to make sure you’re not hurting your case by not following doctor’s orders, or by posting to social media about your accident. The defending party is certainly going to be following your social accounts, and they’ll be looking for any posts they can use against you in court!

After any accident, you’ll want to get the best representation you can find. An experienced e-bike accident lawyer in New York will have years of personal injury experience, and just as importantly, trial experience.

At Cellino & Barnes, we’ve carefully chosen all of our e-bike accident lawyers in New York for their track records of settlements and verdicts. Each member of our legal team has been trial-tested, and they’ve helped hundreds of accident victims get compensated for their injuries.

If you’ve been injured while riding an e-bike in New York City, you can count on Cellino & Barnes to guide you through the legal process and help you achieve the best result possible.

Connect with us online or call us for a FREE consultation.