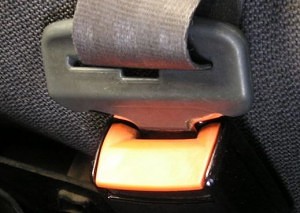 ROCHESTER, N.Y. – Police agencies across the country are teaming-up to enforce seatbelt laws and raise awareness to the dangers of driving without one. For the remainder of the month, New York State Police, county and municipal officers will be using marked and unmarked vehicles to hand-out tickets to drivers and passengers who aren’t buckled-up.

Rochester car accident lawyers from the Law Offices of Cellino & Barnes know how much more dangerous a crash can be when a person is not wearing a seatbelt.

“The good news is 91 percent of motorists will buckle-up in Rochester,” car accident lawyer Ross Cellino said. “Still, hundreds of people get seriously injured or killed every year because they’re not wearing a seatbelt.”

According to state statistics, about one-third of all deadly crashes in New York State involve drivers and passengers who weren’t wearing seatbelts. The National Highway Traffic Safety Administration (NHTSA) estimates more than 9,000 people are killed each year after getting in a vehicle without buckling-up.

“New York State was the first state to draft a seatbelt law and enforce it,” Cellino said. “Since that time, statistics have shown that wearing a seatbelt can reduce the number of injuries stemming from an accident.”

New York passed the first ever seatbelt law in 1984 when just 16 percent of front seat passengers and drivers used the safety feature. Today, nearly every driver and passenger uses a seatbelt regularly when on the road.

“There’s really no excuse for not using one,” Cellino said. “In hospital costs alone, New Yorkers who weren’t wearing seatbelts were charged almost $130 million for visits to emergency rooms in 2011.”

Taxpayers were required to pick up 12 percent of that tab, according to the New York State Department of Health.

Rochester car accident attorneys said additional costs may include the ticket that can range from $25 to $100 in fines. The New York State Department of Motor Vehicles notes about 198,000 tickets were issued in 2014 to drivers who didn’t buckle-up.

New York will join neighboring states, Connecticut, New Jersey, Pennsylvania, Massachusetts, and Vermont as part of the Click-it-or-Ticket campaign, which ends Sunday, May 31.