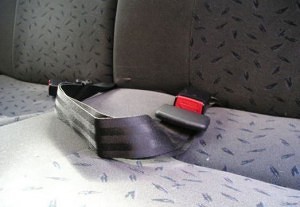 NEW YORK – Your car is probably much safer today than it was 10 or 20 years ago. New vehicles now include more safety features than ever and most cars are rigorously tested for safety quality and adherence to federal guidelines.

Although safety improvements like airbags and seat belts have curbed crash fatalities, car accidents remain one of the top causes of death and critical injuries in the United States and some safety advocates say more improvements can be made.

A new study in Injury Prevention found that rear-seat passengers are often left unprotected or under-protected by many vehicle safety features, including some seat belts.

“Many back seats don’t have air bags and sometimes the seat belts are only lap restraints and without a properly fitted restraint, any car crash can be deadly in the Bronx,” car accident attorney Steve Barnes said. “Seat belts are made to reduce the risk of injury and they’re effective but in some cases, they can be made better.”

Abdominal and head injuries were also common. The study found that children under the age of 15 would often strike their head against a front-seat head rest or a window frame during a crash.

Researchers said ideally, seat belts should have ‘webbed clamps’ that stop the belt from moving during sudden jolts. The study also points out that most vehicles do not equip warning systems to remind passengers to fasten seat belts that are not buckled.

“Unfortunately, many states don’t require passengers to be buckled up in the back seat,” Barnes said. “But accidents do happen and a person who is not wearing a seat belt can suffer devastating injuries – even if they’re in the back seat.”

The study’s authors hope their findings can influence carmakers to enhance safety features but until the auto industry takes action, doctors and lawyers suggest using the current safety measures correctly: