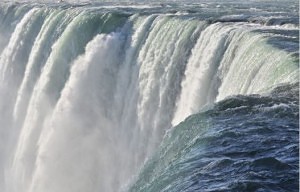 BUFFALO, N.Y. – We are facing a global epidemic that kills as many as 43,000 people each year but it goes largely unaddressed. What’s worse is that the Buffalo-Niagara region is heavily impacted by this disease: Mesothelioma.

A Buffalo mesothelioma attorney at Cellino & Barnes says the disease is showing no signs of stopping either; and it could impact thousands of others.

“The mesothelioma death rate in the Buffalo-Niagara region dwarfs both the state and national averages,” Buffalo mesothelioma attorney Steve Barnes said. “It can take 20 to 40 years to develop and begin causing symptoms so many people could already have mesothelioma and not even know it.”

Each year, more people are diagnosed with the incurable cancer and a new analysis expects the number of cases to continue to rise – even though many countries have adopted strict asbestos guidelines.

Although it’s difficult to say what’s behind Western New York’s high rate of asbestos-related disease, doctors say the cancer is primarily caused by workplace exposure – and Buffalo mesothelioma attorneys say the region’s industries had a history of working with asbestos.

“Asbestos was commonly used in steel mills and in auto parts,” Barnes said. “Both steel and car assemblies were economic pillars in the region for decades.”

Many companies knew the health risks associated with asbestos and hid this information from the public for decades in order to continue making high profits. As a result, thousands of workers inhaled the dangerous asbestos fibers and years later, developed mesothelioma.

The cancer is particularly prevalent in Niagara County. Estimates suggest mesothelioma will kill 30 people in Niagara County alone each year. In fact, Niagara County has the highest death rate in New York State and when compared to the rest of the country, it is in the top two-percent for asbestos-related diseases.

“It is concerning that so many hard-working Western New Yorkers are being diagnosed with this deadly disease,” Barnes said. “It is our goal to raise awareness of this issue so others can identify mesothelioma in its early stages and seek treatments that can prevent the disease from metastasizing.”

Treatments, however, can be very expensive.

Those who have been diagnosed with asbestos-related diseases could be entitled to significant compensation. The Buffalo mesothelioma attorneys at Cellino & Barnes have fought for the rights of those who have been impacted by asbestos and they have been trusted by Western New Yorkers for over 50 years.

Click Here to learn more about how Cellino & Barnes can help.