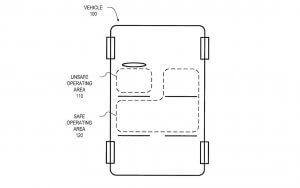 ROCHESTER, N.Y. – The technology in the palm of your hands can do almost anything. We’re talking about smartphones. Whatever you want to do, whatever tool you need, there’s probably an app for that – unless you want your phone to prevent a car crash. One lawsuit now accuses a major phone maker of having the technology to prevent drivers from texting and driving, but the smartphone company hasn’t used it.

The idea is simple: take the phone away from the driver. Unfortunately, some drivers just can’t put the phone down. It’s these drivers that cause an estimated 1.6 million car wrecks every year, injuring nearly 330,000 people. But, if they’re locked-out of their phones, they can’t text, and they’re likely to be a safer driver.

It’s now estimated that roughly 16 people are killed on U.S. roads every day as a result of texting and driving, but many safety advocates believe those deaths could be prevented using technology the phone companies already have.

Some drivers are now calling for a “lockout” feature that would shut-down a smartphone while its owner is in the driver’s seat. The feature already exists, one person alleges. As evidence, his lawsuit points to a patent that Apple filed in 2008, and received in 2014.

The patent, titled “Driver Handheld Computer Lockout Device,” describes, in detail, a way to disable handheld devices by using sensors to determine when a person is at the wheel. The problem? It hasn’t been installed in consumer electronics.

Text messaging is now banned for all drivers in 46 states, and many municipalities have enacted their own bans, which are often more stringent than state laws.

Unfortunately, making texting and driving illegal hasn’t improved safety. Distracted driving is now a bigger problem than impaired driving – it causes more crashes and claims more lives each year. A Rochester car accident lawyer at Cellino & Barnes says the relationship people have a strong relationship with their phones, and it’s too easy to keep the phone hidden from law enforcement officers.

Implanting a lockout system could be a viable solution to the problem, but it would have to be mandatory.

When Drivers Put Technology Above the Law

Each day, drivers are ticketed for texting behind the wheel of a car. That’s a good scenario in comparison to others who aren’t caught texting and driving and, instead, cause a car wreck. In these situations, the texting driver can get seriously injured or killed. Making matters worse, these distractions can also hurt innocent people who are good drivers, struck by an irresponsible party.

If you believe that you or a loved one has been injured by a distracted driver, there are several ways a Rochester car accident attorney at Cellino & Barnes can help. Our lawyers have years of experience gathering evidence against irresponsible drivers. This evidence could include driving records, phone records, eye-witness statements, or video evidence that could be available.

An injury can be devastating, but you don’t have to fight the insurance companies alone. The Rochester car accident attorneys at Cellino & Barnes have helped many clients get the best results possible from their claims. If you’ve been in a car crash, call the firm that has been trusted in New York for over 50 years.