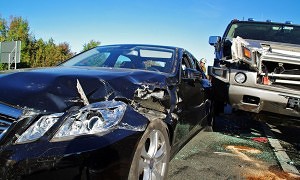 BUFFALO, N.Y.- In the world of motor vehicles, bigger is safer. At least, according to studies at the University at Buffalo, which states drivers in smaller cars were almost 10 times more likely to get seriously injured in head-on collisions.

With the increasing popularity of “smart cars,” car accident attorneys say it’s more important than ever for drivers to pay attention on the roads.

“These smart cars can weigh as little as 1,800 lbs. Imagine that in a head-on collision with an SUV weighing in at 6,000 lbs cruising through the city Buffalo,” car accident lawyer Ross Cellino said.

Studies suggest it’s not always the weight of the vehicle which determines the severity of the crash. In several tests, a passenger car collided with an SUV, which had equal weight but the car was consistently in worse shape after the crash.

Experts say a variety of factors, including the height and width of the vehicle can be the difference between life and death.

“In many cases, we’ve seen an SUV ride and jump over the passenger car simply because it’s higher off the ground,” Cellino said.

Although many passenger cars were issued good crash ratings, the odds of a car driver sustaining a serious injury were more than seven times higher than that of a driver in an SUV.

Conversely, SUVs were usually more susceptible to rollovers but experts agree the larger vehicles are some of the safest modes of transportation on the roadways.