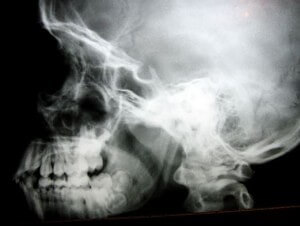 BUFFALO, N.Y. – Doctors everywhere have always encouraged patients to get out of the hospital beds and be active as soon as it’s safe to do so. Exercise not only reduces swelling and inflammation, it also increases circulation and speeds up the healing process. However, brain injuries are a different story.

Buffalo car accident attorneys at Cellino & Barnes say traumatic brain injuries are a common issue for victims of car crashes and other accidents but they are still difficult to diagnose and treat.

“A victim might not have any symptoms of a brain injury for days or weeks after an accident in Buffalo,” car accident lawyer Ross Cellino said. “That’s why our attorneys always recommend seeing a doctor, even if you don’t feel any pain after an accident.”

Doctors and surgeons say a damaged brain is vulnerable to a lack of blood flow and increased activity could set a patient’s progress back. At least, that was the generally-accepted rule patients were told to abide by. One study conducted by a nurse at the Cleveland Clinic could change the “rest” strategy for patients recovering from traumatic brain injuries.

After analyzing more than 600 patients with brain injuries, researchers found that moving around and resuming physical activity had clear benefits. For example, patients who began physical therapy or rehabilitation soon after their injury spent less time in the intensive care unit; and less time in the hospital.

“Rehab is costly and it can sometimes be extremely difficult but it’s proven to be very beneficial for accident victims,” Cellino said. “When a client comes to us in need of physical therapy, we do everything we can to get the recovery they need.”

The study is already seeing lasting changes in the healthcare industry. The Cleveland Clinic recently installed lifts at every bedside in the Neurointensive Care Unit. These lifts make it safer and easier for nurses and doctors to move patients.

Doctors said although initial studies are providing more insight into how the brain recovers from injuries, the research also demonstrates how little experts truly understand about how the brain operates and it’s still unclear if all brain injuries should be treated the same. 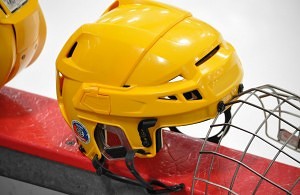 BUFFALO, N.Y. – It’s been 18 years since a pro-hockey player skated on the ice without a helmet during a game. The National Hockey League began mandating that all players wear protective head gear in 1979. Even then, the league knew helmets could protect players from severe brain injuries but a new study suggests hockey helmets are in fact, unsafe.

Engineers at Virginia Tech’s College of Engineering recently examined football helmets and the impacts that cause traumatic brain injuries. Their findings helped change the sport, making it safer for athletes. The school has now developed new research for the sport of hockey and its initial findings were mind-jarring.

Virginia Tech released its five-star ratings for hockey helmets, judging their abilities to prevent concussions. Of the 32 brand-name helmets engineers tested, zero had a perfect score. In fact, none of the helmets could even get four stars. The highest rated helmet had just three stars. The 31 other head accessories tested earned just adequate or marginal scores.

“What we’re seeing here is a severe lack of attention to the biggest problem in sports today: concussions,” personal injury attorney Ross Cellino said. “Many of these helmets are costing consumers $100 to almost $300 and they’re doing very little to protect skaters from brain injuries.”

According to Virginia Tech engineers, cost had no impact on a helmet’s safety rating.

Researchers tested each of the helmets a total of 48 times, pummeling the headwear with battering rams a total of 2,000 times both in a laboratory and on an ice rink. The vast majority of the helmets tested scored zero or one star.

“We’re learning more about concussions and other brain injuries every day,” Cellino said. “We’ve seen how these injuries suffered in a car accident or in sports can change someone’s life forever so it’s important that these findings be used to develop better protective equipment and safer strategies to limit an athlete’s exposure to these hits.”

Researchers plan to analyze helmets for baseball, softball, lacrosse. and youth football in the next decade.

Q: Two and a half years ago my husband suffered a head injury when his car was rear-ended by a large commercial truck. He was in a coma for five days. He now experiences frequent, severe headaches. His short-term memory does not seem to be as good as it used to be and he just seems different in many ways. Are we entitled to be compensated for the way that this has changed our lives?

A: Yes. Your husband’s physicians and other medical providers would be called to testify about the nature of his brain injury, and how his type of brain injury can affect different mental functions such as short-term memory. It is not uncommon for people with “mild” brain trauma to appear to be perfectly normal to the outside world, while family and close friends understand the fundamental changes that the person has experienced.

In these cases, it is the lawyer’s job to make sure that the jury understands the extent to which a brain injured person and his family have been affected by the brain trauma. If your husband has not received thorough neurological and neuropsychological evaluations during the regular course of his medical care, it is imperative that your attorney make appropriate arrangements for these evaluations.

A brain injury of the type that you describe can also affect a person’s ability to earn a living, and may cause a diminution in the person’s earning capacity. These losses are also compensable under New York law.

If you or a loved one has suffered a traumatic brain injury or if you have a question, please call a Cellino & Barnes Brain Injury Attorney now at (800) 888-8888 or contact us.

Q: Last summer I was driving on Niagara Falls Boulevard. My 16 year old son was sitting in the front passenger seat with his seat belt on. While we were passing through an intersection on a green light a car ran the light and struck my car on the passenger side. My son’s head hit the side window hard enough to break the glass. We were both checked out at the hospital, and they kept my son over night for observation.

He did have a concussion, but the CAT scan of his brain was negative. Since the accident my husband and I have noticed that our son has just not been the same. He was always an honor student, and now his grades have dropped off. It also seems as though he is much more irritable than ever before. At first, we thought that these changes were perhaps just due to adolescence, but now we’re not so sure. Is it possible that he suffered a brain injury in the accident, and if so do you think that he has a case?

A: We would strongly encourage you to have your son evaluated by a neurologist and a neuropsychologist. Even though the CT scan that was done at the hospital was negative, a neurologist may want to order an MRI. This is a different diagnostic test, which may provide different information about whether your son suffered an organic brain injury from the blow to his head. A neuropsychologist will be interested in the results of the diagnostic studies, but he or she will address your son’s issues from a different perspective.

Typically, a neuropsychologist will put the patient through a battery of tests for the purpose of determining whether a brain injury is causing the changes which you have observed. We have a number of clients who have suffered head trauma where there has been no clear evidence of brain injury on CT scan or MRI. In these cases we have found neuropsychological testing to be very valuable. The personal injury attorneys at Cellino & Barnes help car accident victims get the justice they deserve.