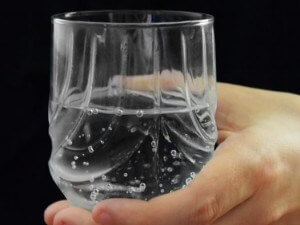 NORTH BENNINGTON, Vt. – Near the site of an abandoned chemical plant, some residents have been diagnosed with cancers and other health ailments. Many of them suspected it had something to do with the fumes spewing from the factory in their back yard but even after the factory closed its doors, people continued to fall ill. Recent discoveries however, renewed concerns – not about the air quality; but about the water quality.

Several private wells within a two-mile radius of the former chemical plant were found to be contaminated with perflourooctanoic acid, or PFOA; a chemical linked to pregnancy complications and cancer.

Kerby Wright, a personal injury attorney at the law offices of Cellino & Barnes, was in North Bennington, Vermont to evaluate the chemical-contamination in the communities of northern New York State and Vermont.

“It was heartbreaking to personally see how the communities are suffering,” Wright said. “This is a serious health issue and no one was warned until it was too late.”

PFOA has been identified in water supplies on both sides of the state border. In some areas, testing has revealed PFOA at levels over 2,000 parts-per-trillion, which is more than 10 times the recommended limit established by the U.S. Environmental Protection Agency (EPA).

“Each day, more homes and wells are discovering that they are contaminated with this toxic chemical,” personal injury attorney Steve Barnes said. “Short-term exposure to this chemical can have serious health effects but many people in these communities have been drinking this water for years.”

On Friday, U.S. Sen. Pat Leahy of Vermont visited the North Bennington community to meet with residents and town officials, an Albany news outlet reported. His visit came one day after health officials announced they would be testing soil samples for PFOA.

According to state leaders, the soil test results should be back within a month.

If the soil does test positive for PFOA, many homeowners are concerned that it would cause a significant drop in their property values.

Cellino & Barnes currently has personal injury lawyers investigating the on-going water contamination crisis in northern New York and Vermont. If you believe you have suffered physical or financial injuries due to contaminated water, contact Cellino & Barnes today for a free consultation.