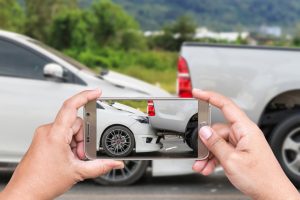 BUFFALO, N.Y. – Rear-end collisions are the most common type of car accident, accounting for 29% of all motor vehicle accidents in the U.S. according to the National Highway Traffic Safety Administration (NHTSA). Our best car accident lawyers in Buffalo say they’re also among the most common collisions in New York City.

With bustling streets full of pedestrians and slowly-moving cars, a driver who loses focus for just one second can instigate a rear-end crash. Although the stakes are higher in a high-speed rear-end accident, the driver of the front vehicle can withstand significant losses at nearly any speed. It’s important to work with a rear-end accident lawyer in Buffalo to help you determine who was at fault for your accident so that you may receive the appropriate financial recovery.

Driver negligence is the top cause of rear-end collisions. Negligence can take several forms, including:

Although human error is behind most auto accidents, conditions outside of one’s control may also provoke rear-end collisions. Some examples may be:

Proving Negligence in a Rear-end Accident

The fact that a rear-end accident took place when a vehicle was stopped shows evidence of negligence that may be used against the rear driver. Under New York law, striking a stopped or parked vehicle establishes a prima facie case for the rear driver’s negligence and presumes no negligence occurred on the part of the front driver, freeing him from blame.

An attorney can conduct a thorough investigation of your accident to show the court that the at-fault party drove negligently. Your attorney can file a Motion for Summary Judgment, which is a request for the court to rule that the other party has no case. A judge may determine that the offending party is 100% responsible for the damages. If so, you may recover additional funds outside of your own auto insurance policy.

When you work with a dedicated car accident lawyer in Buffalo, you work with someone who has made a career out of studying and applying all local and state traffic laws. When choosing a lawyer, make sure he or she thoroughly understands Buffalo, NY traffic laws and the Traffic Laws of the State of New York. Familiarity with traffic legislation in New York is imperative to ensure that you can obtain a full recovery.

At Cellino & Barnes, we have helped many clients recover much-needed compensation for rear-end accidents. We strive to gain what you are entitled to by law to help you cover the costs of:

Other damages may also be possible. Call or contact our firm for a free personal injury consultation. We’ll put our best car accident lawyers in Buffalo on your case so you can rest assured that you’ll get fair compensation. 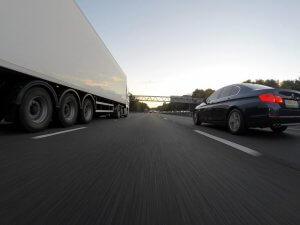 BUFFALO, N.Y. – Big truck accidents are on the rise. Since 2009, deadly truck crashes have increased nearly 30-percent, and thousands of innocent drivers and passengers are injured or killed by these large trucks each year.

No one ever wants to think about what to do if you’re hit by a tractor-trailer, but many heartbroken families have asked us this question after a loved one was hurt, often seriously, in a truck crash.

If you or a family member has been in an accident with an 18-wheeler, the New York truck accident lawyers at Cellino & Barnes recommend taking the following four actions:

What To Do If You’re Hit By A Tractor Trailer

Insurance companies know that they can save money by offering you less compensation. They also know that when a victim is represented by an experienced truck accident lawyer, the value of the case goes up, 4x on average. 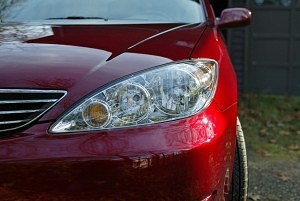 One of the largest recalls in history brought 9 million cars back to the dealership after reports of Toyota Camrys (and other vehicles) that would inexplicably accelerate.

In 2006, one Minnesota driver was sent to prison for his role in a deadly crash but he was later freed after reports and recalls surfaced about a ‘sticking gas pedal.’ The Associated Press reports that driver, Koua Fong Lee, and other survivors of that crash are now demanding justice from Toyota in court.

Lee spent nearly three years in prison when his 1996 Camry rear-ended another vehicle, killing three in St. Paul, Minn. Toyota later recalled several models in 2010 but did not include the 1996 Camry despite Lee’s similar claim of a sticking gas pedal.

Since the recalls, which included several makes and models between 2004 and 2010, Toyota agreed to pay the federal government a $1.2 billion settlement. The automaker also agreed to pay more than $1 billion to settle lawsuits by owners who said the vehicle value took a fall after the recalls.