Home » Blog » What Causes The Most Motorcycle Crashes? Cars 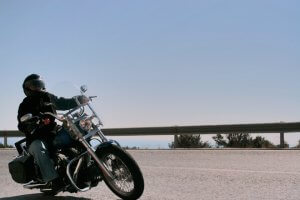 NEW YORK – New research claims drivers – not riders – are to blame for most accidents involving a car and a motorcycle.

The report looked at more than 230 accidents involving motorcyclists who were taken to hospitals, many of which were not found to be at fault for their crash.

Drivers were often found to make critical mistakes in light traffic, where decisions must be made quickly, and where speed can be a factor.

On the other hand, motorcyclists were more likely to be at fault in a gridlock situation. This is likely due to the fact that it’s easier for motorcycles to maneuver around vehicles, which are moving slowly in heavier traffic.

Researchers also found a direct correlation between the rider’s age and who was at fault. Older riders were less likely to have caused an accident, which suggests that experience is a valuable factor that could prevent hundreds of injuries. For every 10-year increase in a motorcyclist’s age, there was nearly a 40 percent decrease in rider error, the study found.

WHAT TO DO WHEN A CAR HITS YOU

A Long Island motorcycle accident lawyer at Cellino & Barnes says as spring approaches, there needs to be a strong emphasis on protecting motorcyclists.

“Those who drive cars, trucks or SUVs are protected by things like seat belts and air bags, but if you ride a motorcycle, it’s just you and a helmet,” Long Island motorcycle accident attorney Ross Cellino said. “Even at low speeds, one mistake by a driver can spell disaster for a person on a bike.”

Cellino & Barnes has been fighting on behalf of injured motorcyclists for over 50 years, and they’ve helped their clients get the best result possible from an injury claim.

This experience is crucial if you or a loved one has ever been injured in a motorcycle crash. The Long Island motorcycle accident attorneys at Cellino & Barnes have investigated accidents similar to yours, and they have a proven track record of winning cases in court.

When a negligent driver hits you, or causes you to lose control of your bike, contact Cellino & Barnes for a free case evaluation.