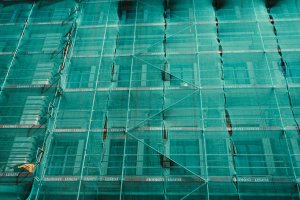 NEW YORK – City Council is expected to introduce a new package of bills that would address a recent spike in the number of construction accidents in the Big Apple.

If all the bills get passed, New York could see more apprenticeship programs and construction sites would be required to provide additional safety training. The bills also aim to change how the Department of Buildings reports accidents in construction zones, and develop a task force to improve and safeguard the city’s minority workforce.

Although the bills are receiving high praises from some safety advocates, critics are taking aim at the apprenticeship programs. According to Politico, contractors would be required to hire workers who have participated in such a program.

Many development companies aren’t on-board with that, and they’ve blasted apprenticeship programs as a way to give non-unionized workers a foothold in the construction industry, which is currently booming. Developers say the bills could make costs spike, or even shut down some construction sites, resulting in lost jobs.

However, supporters of the safety package believe this is a matter of life and death.

A New York construction accident lawyer at Cellino & Barnes says over the past two years, more than two-dozen workers have died on construction sites in New York City, and many more people have been seriously injured.

In early December, another worker fell four stories to his death while installing a façade in Williamsburg.

In another case, a construction foreman was sentenced one to three years behind bars in December after a 22-year-old worker was crushed to death when the trench he was working in collapsed. A Manhattan judge said the foreman’s negligence killed the worker.

A New York construction accident attorney says almost every construction injury can be prevented by following sound safety practices but many times, safety is not the strongest emphasis: timeliness and profit come first too often.

Workers, unions, contractors, and construction companies have been lobbying City Council for months; each making their recommendations about what regulations they’d like to see in place.

The bills are expected to be introduced to the New York City Council next week.

If A Construction Accident Impacts Your Family

If you or a loved one has been injured in work zone, the New York construction accident lawyers at Cellino & Barnes can help you get the best result possible from a claim.

Don’t fight the construction and insurance companies alone: many accident victims have relied on our experienced New York construction accident attorneys to hire expert witnesses and doctors to make sure our clients maximize their compensation.

With offices across New York State, Cellino & Barnes have the resources you need – and their attorneys don’t get paid unless they win your case. Call one of our legal advocates today for a free case evaluation.