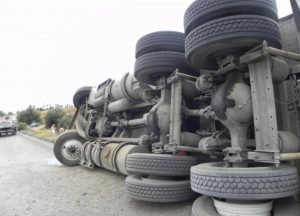 NEW YORK — While large trucks serve an important purpose in the transportation of goods, they pose a serious threat on busy interstates and local roads which are predominantly occupied by passenger cars. A Bronx truck accident lawyer says collisions between personal vehicles and commercial trucks result in serious injuries more often than not, and, in most cases, it’s the driver or passengers of the smaller vehicle who suffer them.

In 2016, 3,864 of 475,000 reported large truck accidents resulted in a fatality, but approximately 104,000 resulted in injuries. A person who suffered an injury from a large truck crash in New York should seek immediate medical attention and then call a commercial truck accident lawyer to understand his or her potential legal remedies.

Due to the way they’re built, trucks are susceptible to crashing in predictable ways. According to a Bronx truck accident lawyer, some of the most common kinds of truck accidents in New York include:

Truck drivers who lose control of their vehicles can cause the truck to slide and roll over onto its side. Most trailers carry tens of thousands of pounds of cargo. These containers are often 53’ long and 8’ wide, and 9’ high. 18-wheeler trucks, which carry heavy cargo like gasoline, construction material and more tend to be even larger. A rollover puts everyone around the truck in grave danger.

Big-rig tire failures also have fatal consequences. A tire blowout happens when a weak tire is subjected to sudden pressure or impact it cannot withstand, which causes it to burst or lose air pressure rapidly. Many things can instigate a tire blowout, including:

Trucks need ample space to make a turn. At intersections, trucks make wide right turns because they have limited visibility and also because the trailer doesn’t follow the path of the tractor (known as “off-tracking of trailer”). When a truck makes a right turn, it can often collide with cars on its right-hand side that get too close to the truck as it is turning.

Tractor-trailers have more blind spots than passenger vehicles, and as such they’re more vulnerable to instigating a collision. A tractor-trailer collision can wreck the typical passenger vehicle from the sheer discrepancy in size and weight. A Bronx truck accident lawyer at Cellino & Barnes says drivers should know that a semi truck has four main blind spots, or areas where they cannot see fellow vehicles:

Blind Spot #1: directly behind the truck inside the truck’s lane

Blind Spot #2: directly in front of the truck, including the truck’s lane and one lane to the right

Blind Spot #3: on the truck’s left side that can extend across several lanes

Blind Spot #4: on the truck’s right side that can extend across several lanes

Truck accidents often result in severe injuries for the drivers and passengers of consumer vehicles. Sometimes, these injuries can take months or years to heal. In many unfortunate scenarios, victims fail to make a complete recovery. Additionally, they could require expensive medical treatments and procedures throughout their lifetime as a result.

You deserve justice for what happens to you after a semi-truck accident. At Cellino & Barnes, you can count on our Bronx truck accident lawyers to help you get the compensation you need to make the most of your situation. We’ll provide you with legal options and guide you every step of the way. Call us for a free consultation.