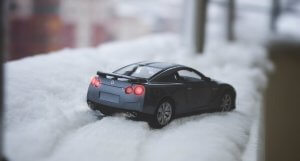 BUFFALO, N.Y. – Crashes in February and other winter months could cost over $185-million in additional repairs, and some states experience an extreme uptick in the number of accidents when temperatures dip.

According to new research from Accident Exchange, frosty streets, wet weather and a lack of daylight cause a 15 percent rise in accidents between January and March, when compared to the summertime figures taken between June and August.

The company analyzed nearly 30,000 traffic collisions and found that the most dangerous time is during the evening commute. According to their figures, winter accidents spike by 30 percent in the 5 o’clock rush hour alone, as drivers struggle with low light conditions and arctic weather.

The study also determined that Friday is the worst day for car crashes, as drivers are more fatigued from a long work week. Fridays were reported to have 19 percent more accidents than any other week day.

Car repairs during the months of January, February and March come with a hefty price tag as well; costing drivers nearly $200-million.

A Buffalo car accident lawyer at Cellino & Barnes says that figure doesn’t include any potential medical costs associated with a car crash, which could create an even larger cost burden for drivers.

“Treating an injury is often one of the most expensive, but necessary costs associated with a crash in Buffalo,” car accident attorney Steve Barnes said. “It can also be very difficult to get fair compensation for an injury, which is why anyone who’s been injured in a collision should look for legal representation.”

According to several insurance associations, the average claim for a car accident injury totals over $15,000. Buffalo car accident lawyers say that figure may not even cover all of the injuries or treatments, and there are several ways to maximize a claim.

According to the Buffalo car accident attorneys at Cellino & Barnes, preparing a case for trial is one of the many ways they’re able to secure the best result possible for their clients. Some other ways they can help maximize a victim’s compensation include:

If you’ve been injured in a wintertime accident, you’re not alone. You have the right to be compensated for any injuries you’ve suffered as a result of another driver’s negligence, but it can be difficult fighting the insurance company alone.

The Buffalo car accident lawyers at Cellino & Barnes have been trusted by Western New Yorkers for over 50 years, and with their no-fee promise, they won’t get paid unless they win your case, so contact an experienced trial attorney for a free case evaluation.