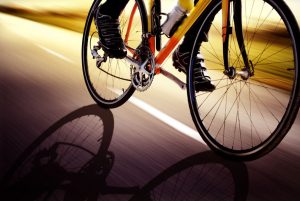 According to the New York Post, the driver claimed he didn’t stop because he didn’t realize he’d struck Robyn Hightman until a taxi driver later flagged him down.

Robyn Hightman, 20, of Richmond, Va. was working as a bike messenger when the truck struck them.  The driver, identified by CBS2 as Antonio Garcia, was not arrested, but was ticketed for having minor violations with the truck.

Hightman was the 11th bicyclist to be killed in New York City in 2019. The incident sparked a protest in Manhattan, where bikers rallied to demand safer streets for bicycles.

“There’s no accountability for drivers,” a courier, Mario Sepulveda, told reporters. “How many deaths do we have to have for something to be done?”

Friends and colleagues explained it was Robyn Hightman’s second day on the job as a bike courier. However, they were no stranger to cycling. WTVR reports Hightman previously operated a bicycle courier service in her hometown of Richmond.

In a short film made recently by a friend, Hightman shared their love for cycling, and concern for her safety working as a courier.

“In a split second, something could go wrong. I’ve been hit by cars. I’ve been assaulted on shift. I’ve been harassed in a whole manner of ways, but I feel safe being out there because I know I work hard. I know that I can stand up for myself, I can defend myself, but I know that if I can’t, that the people who are out there with me have my back,” Hightman said.

Roughly a dozen bicyclists have needlessly died on New York City streets this year, and many others have been seriously hurt. In most of these cases, the victims and their families could be entitled to significant compensation, but it’s critical to open a claim as soon as possible.

An experienced New York bicycle accident lawyer can help protect your rights, and make sure your family is getting the best result possible after a horrible accident. A thorough investigation and a successful claim could also help pave the way for meaningful changes in New York City that could force officials to design safer streets, and laws to help protect bicyclists from negligent motorists.

If a loved one has recently been injured or killed due to a driver’s negligent actions, you can contact a New York bicycle accident lawyer to help file a claim.

If you choose to get in touch with Cellino & Barnes, we’ll put our best bicycle accident lawyer in New York City on your case. We’ll fully investigate the accident and gather all pieces of evidence that can help maximize your claim. Call us any time or contact us online for a FREE consultation.