Home » Blog » The Most Dangerous Day of the Week 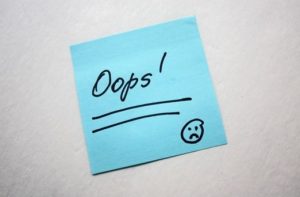 NEW YORK – All kinds of accidents happen every day – from car crashes to slip and fall injuries, the world can be a dangerous place. But have you ever wondered what day is the most dangerous day of the week? Someone at LiveScience figured it out.

Using data from the Centers for Disease Control and Prevention, writers at the science news source determined there were nearly 40 million recorded deaths between 1999 and 2014. They said the breakdown was ‘fairly equivocal’ at first glance but it was much different when they broke down the data into different categories.

“Many drivers for example, can be more reckless on Saturdays and Sundays in Manhattan,” personal injury lawyer Ross Cellino said. “It’s no secret that bars are busier on the weekends and some will choose to drive when they’re intoxicated. This behavior puts everyone at risk.”

Accident-related incidents like car crashes spiked on Saturdays, according the LiveScience’s research. Since 1999, more than 42,000 people have been killed in car accidents on Saturdays and another 40,000 deaths happened on Sundays.

“Almost every type of accident spikes over the weekend,” Cellino said. “People are simply out of the house and the office more.”

From firearm deaths to ‘venomous plant or animal” accidents, Manhattan personal injury lawyers say Saturdays are consistently more dangerous than most other days of the week with one exception: