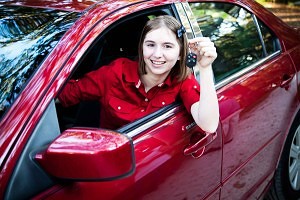 NEW YORK – Over the last 10 years, the number of teen drivers involved in deadly motor vehicle crashes was cut in half. According to a new report from the U.S. Centers for Disease Control and Prevention (CDC), 2,568 teen drivers were killed in car accidents in 2013. That is about half the number of teens who died in 2004.

“This is a drastic improvement. Safer cars and graduated-licensing programs are really making a difference and after ten years, it’s finally showing in cities like New York,” car accident attorney Ross Cellino said.

Researchers believe a variety of factors contributed to the slash in the number of teen fatalities and new licensing programs were found to be an important contributor.

In many states, graduated licenses can restrict driving times for teenagers and the number of individuals in the car. The CDC believes programs like these reduced the crash rate by 20 to 40 percent among teens.

Personal injury attorneys believe a variety of other factors also played a role in the declining number of teen fatalities.

“Cars are much safer today than they were in 2005,” Cellino said. “Most cars now have standard side-impact air bags and electronic stability systems, which are proven life-saving safety features.”

More drivers and passengers use seatbelts today than ever before, Cellino said. His New York-based law firm, Cellino & Barnes, estimates 90 percent of all drivers in the Empire State regularly buckle-up when they’re behind the wheel.

Researchers suggest economics may have also played a role in cutting the number of teen driving fatalities in half. The study examined deadly crash statistics between 2004 and 2013, which many economists considered the height of the economic recession.

The study’s findings aim to raise awareness to the programs that work to keep teen drivers safe while behind the wheel.