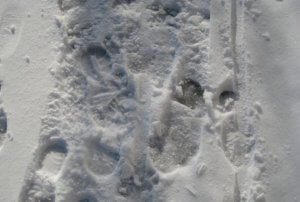 NEW YORK – The snow storm on Thursday brought nine inches of snow to the metro area, and it created some slick conditions that have frustrated, and even injured New Yorkers for days.

The storm not only coated city streets with a layer of snow, it also made sidewalks and pathways messy for the millions of people who use them to get to work. As the snow plows cleared the streets, it left some icy areas on sidewalks where the snow banks could build-up.

In most cases, someone is responsible for moving that snow from pathways, but that doesn’t always happen in a timely fashion, if at all.

A Brooklyn slip and fall attorney at Cellino & Barnes says most property owners have a few hours after a storm to remove snow and ice from sidewalks, entryways, and staircases.

“It is part of the responsibility that comes with owning or managing property and businesses in Brooklyn,” slip and fall lawyer Steve Barnes said. “It’s also a safety hazard, and a lot of people don’t realize just how dangerous an icy walkway can be.”

The dangerous aspect of icy sidewalks and stairways hit headlines on Friday when a New York doorman slipped on a step and crashed through a glass door. The broken glass caused a deep cut, which ended up killing him, DNAInfo reported.

It’s difficult to estimate how much business owners have budgeted for snow and ice removal, but the city set aside $88 million to clean-up snow this winter alone. With more than 2,300 snow plows and spreaders in city, that job can be done rather quickly.

Clearing the snow and ice is often a more grueling adventure for property owners, who often do the work manually. However, it’s a responsibility that could help save entire families pain and suffering.

WHAT TO DO WHEN THE ICE GETS UNDER YOUR FEET

Falls are some of the most common accidents behind emergency room visits in New York City, and there’s clear uptick of slip and fall incidents during the winter months when the snow falls, melts, and solidifies into icy mounds.

If you slip and fall on an icy sidewalk or staircase, it’s probably not your fault. In fact, victims may be entitled to compensation in many cases.

The Brooklyn slip and fall lawyers at Cellino & Barnes have helped many New Yorkers maximize their compensation by fully investigating the incident, including how long it took property owners to address the problem.

When winter is at its worst, all New Yorkers must do everything they can to make public – and private – pathways safe for everyone else. If you’ve been hurt, contact the Brooklyn slip and fall attorneys at Cellino & Barnes today for a free case evaluation.