Home » Blog » Do Crayons Have Asbestos In Them? 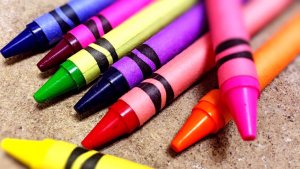 BUFFALO, N.Y. – In today’s age of “fake news,” it can be difficult to separate fact from fiction. Recent headlines have highlighted safety concerns with popular back-to-school supplies. One study claims it found dangerous asbestos fibers in crayons, and many parents are now asking, Do Crayons Have Asbestos In Them? The answer may not be so straight-forward as parents would like.

It’s well known that asbestos fibers are the only cause of the rare and deadly cancer called mesothelioma. Asbestos can also cause other diseases, such as lung cancer and asbestosis, which can severely impact an individual’s health.

More than 3,000 Americans are diagnosed with mesothelioma every year, and that number continues to grow. But should you be concerned about traces of asbestos in school supplies? Our Mesothelioma lawyers are here to help you determine what is fact, and what is myth.

Contrary to popular belief, asbestos is NOT illegal. It is, however, highly regulated. Once widely used in manufacturing and common household goods, it has been mostly phased-out of production since the 1970s. Products containing asbestos must limit its concentration to less than one-percent.

Although it’s a legal material, government agencies have not made it easy for companies to get a hold of. Asbestos mining has been completely restricted in the United States since 2002; therefore, any companies that seek asbestos for manufacturing must import it. According to the U.S. Geological Survey (USGS), roughly 300 metric tons of raw asbestos had been imported in 2017.

Recently, the U.S. Environmental Protection Agency (EPA) issued what it calls a “significant new use rule,” or SNUR. According to the EPA, the rule will “require manufacturers and importers to receive EPA approval before starting or resuming manufacturing, and importing or processing of asbestos.” Although the rule sounds like it would restrict asbestos usage in the United States, it only includes 15 specific uses. These uses include products like vehicle brakes, vinyl floor tiles, cement piping, and clothing. Other products, such as crayons, may not require federal approval.

Do Crayons Have Asbestos In Them?

When you’re back-to-school shopping, every parent wants to get the best for their kids – and their wallet. Unfortunately, some school supplies may contain controversial chemicals or materials, such as asbestos. These school supplies are most often manufactured overseas and imported. And yes, traces of asbestos have been identified in certain types of crayons, according to some consumer advocacy groups.

According to researchers, online shopping is partly to blame. With so many products available on the web, many of which are imported, it can be extremely difficult to properly test and enforce bans on these products. In addition, materials like asbestos are not outright banned in the United States. Since most products are allowed to contain asbestos, up to one-percent, it becomes a logistical nightmare to prevent asbestos-laced school supplies from reaching the classroom.

Such trace amounts are not typically dangerous for most people. However, the mesothelioma attorneys at Cellino & Barnes say asbestos can still be dangerous in accumulation. All it takes is one fiber to cause a deadly disease, such as mesothelioma. It becomes a numbers game. The more often an individual is potentially exposed to asbestos fibers, the more likely they are to develop a dangerous or deadly illness, such as asbestosis or mesothelioma.

It is extremely unlikely to contract an asbestos-related disease from crayons. Researchers say the most likely mode of exposure is if a child eats a crayon, and even in this scenario, it is not nearly as dangerous as inhaling asbestos fibers. However, mesothelioma lawyers say the risk, albeit small, is there. Parents are urged to always check school supplies for nontoxic labels that can help them determine whether the product may or may not contain dangerous chemicals or asbestos.

If you have any questions about asbestos, mesothelioma, or other asbestos-related diseases, a mesothelioma attorney at Cellino & Barnes would be happy to provide you with a FREE consultation.