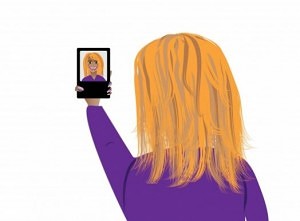 BUFFALO, N.Y. – Have you ever walked into something when your eyes were glued to your smartphone? You’re not alone if you have – and new research shows more people are putting themselves at a high risk of injury because they can’t let go of their gadgets.

According to the figures put together by the National Accident Helpline in the UK, around 41-percent of people have had a technological accident – and it’s even more dangerous for teenagers and those in their early 20s.

A Buffalo car accident lawyer at Cellino & Barnes says smartphones are causing a spike in the number of motor vehicle collisions too.

“Distractions are factors in nearly every car crash in Buffalo,” car accident lawyer Steve Barnes said. “Smartphones are some of the most dangerous devices to have around a driver because they not only distract the driver’s mind – it can pull their eyes off the road completely.”

Researchers polled dozens of smartphone users between the ages of 16 and 24. Their findings were shocking: 84-percent of young adults have hurt themselves in some way while a smartphone.

“Young drivers already face a higher risk of getting in an accident simply because they’re inexperienced – add smartphone distractions to the car and it can be extremely dangerous,” Barnes said. “That’s why it’s important for everyone to set an example and pay attention while driving.”

Attorneys say smartphone accidents aren’t limited to just cars either: nearly 30-percent of smartphone users have reported falling off a curb while texting and at least 15-percent have tripped over on object while they weren’t looking at what was ahead of them.

Although most of these accidents can be considered minor, many people suffer serious injuries which can have devastating effects on their lifestyle.

If you have a smartphone, be smart – pay attention, wherever you’re going and however you’re getting there.