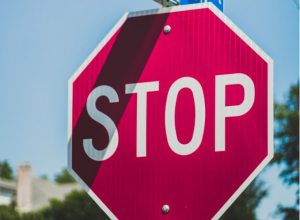 NEW YORK — The driver of a van that hit and killed a 3-year-old boy in Brooklyn on Thursday is facing charges, police said.

According to NYPD, Johnny Gonzalez, 61, was driving a van advertising candy when it struck Emur Shavkator, 3, in a pedestrian crosswalk.

Emur Shavkator was ahead of his mother on a scooter heading into the crosswalk on Benson Avenue and Bay 25th Street when the van struck him, police said. The van, which advertises Starburst candies on one side and Skittles on the other, was making a right-hand turn when it crashed into Emur Shavkator, just blocks away from his home.

Emur Shavkator was transported to an area hospital where he was pronounced dead.

City Has ‘Known For Years’ That The Intersection Is Dangerous

“We are still waiting for further details from the precinct, but we have known for years that drivers regularly disregard this stop sign,” Treyger said. “There is a moral urgency to street safety improvements that, regrettably, does not seem to be captured in the data points collected during traffic studies.”

Police said Gonzalez is charged with failure to yield to a pedestrian and failure to exercise due care.

Drivers have a responsibility to operate motor vehicles in a safe manner. When they neglect this responsibility by speeding, ignoring posted signs, or failing to yield to a pedestrian, their actions can cause families unnecessary heartache and pain.

When a loved one has died as a result of someone else’s negligent actions, it’s referred to as wrongful death. In New York State, families may file a wrongful death claim to compensate survivors and beneficiaries for the untimely loss of a loved one. However, these legal matters are often complex and require key pieces of evidence to have a successful outcome.

An experienced Brooklyn car accident attorney will fully investigate a wrongful death claim in order to collect the key pieces of evidence that could help families recover the best result possible. This evidence could include:

If you or your family members have been affected by a wrongful death, it’s vital to contact an experienced car accident lawyer in Brooklyn and file a claim as soon as possible. There are deadlines that must be met in order to recover the best possible result.

Call us anytime – day or night – for a FREE consultation.