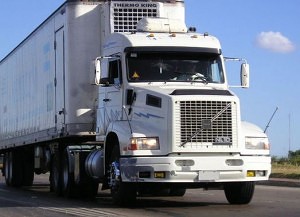 ROCHESTER, N.Y. – A new federal mandate would force states to allow big rigs with extra-long double trailers on interstate highways. It would increase trailer length limits from 28 feet to 33 feet. Bigger trucks sound more efficient – but some senators say it could be risky too.

The Senate went on record this week by a vote of 56-31 against the mandate; saying it must be shown that the extra-long trailers don’t undermine highway safety. Officials want the Department of Transportation to complete a safety study before allowing bigger trucks on the road.

Rochester truck accident attorneys at Cellino & Barnes say bigger trucks could be concerning for drivers – as the number truck accidents have risen over the last few years.

“Since 2009, we’ve seen a slow but steady uptick in the number of truck crashes in Rochester,” truck accident attorney Steve Barnes said. “There are more trucks on the highways and safety is certainly a concern for those of us driving smaller, more vulnerable vehicles.”

According the Insurance Institute for Highway Safety, most injuries and deaths in large truck crashes happen to occupants of smaller passenger vehicles. In fact, they made up 67 percent of all deadly truck crashes last year – over 2,400 people.

Attorneys say most truckers are safe drivers – but they’re operating vehicles that can be very dangerous and deadly in many circumstances.

“Trucks already outweigh passenger cars by 20 to 30 times and any collision with a big rig comes with a higher risk of injury,” Barnes said. “It takes a truck longer to stop under sunny and dry conditions and when it’s wet or snowy, trucks may not be able to stop in time to avoid a collision – that’s why it’s so important for drivers to give them space.”

Truck driver fatigue is also a concern. Some drivers are on the road for up to 11 hours each day – and nearly 80 hours every week. Surveys have shown that many drivers ignore these regulations and drive longer than federal laws permit.

Currently, 12 states allow longer trailers. With a cab, the total length of a truck comes to 91 feet. String just three of these extended trucks together and it will come close to covering the length of a football field.

The final transportation bill is expected to be sent to the White House before Nov. 20.