Home » Blog » Feds Investigated for Year of the Recall 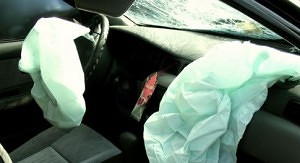 NEW YORK – Following a record-setting year of serious safety issues in American motor vehicles, the National Highway Traffic Safety Administration (NHTSA) is promising a harsh crack-down on the auto industry, but only after being slapped with a critical audit.

A 42-page internal review was published this week, charging the auto-safety regulation agency with several missteps, including failing to uncover a General Motors ignition switch defect linked to over 100 deaths.

“Collectively, these weaknesses have resulted in significant safety concerns being overlooked,” the review stated, prepared by the Office of Inspector General.

Every year, millions of car owners get recall notices. These recalls can stem from a variety of safety issues and defects but no year has seen more vehicle problems than 2014. More than 60 million vehicles had open recalls, more than double the previous record.

“If an airbag doesn’t deploy like it’s supposed to, an occupant can get severely injured and we’ve seen several cases like that here in New York,” car accident attorney Steve Barnes said. “Many of these safety features are required in vehicles to save lives but they’re no good if they aren’t working properly.”

NHTSA slapped GM with a $35 million fine in 2014 for the ignition switch problem that, to date, has claimed over 100 lives. Lawsuits and an ongoing federal probe into the issue could force GM to spend more than $1 billion, in total.

However, the OIG concluded NHTSA failed to uncover this problem, and many other issues, in a timely manner. By the time NHTSA forced GM to recall 2.6 million vehicles, the automaker admitted it waited a whole decade to address the problem.

“Hundreds of people have been injured and even killed because some carmakers messed up,” Barnes said. “That’s not right and these families deserve to get compensated for those injuries because, in the end, they could have been minimized or prevented.”

NHTSA was also accused of failing to properly train and supervise its staff at the agency’s Office of Defects Investigation (ODI). According to the internal review, ODI staff members discovered several vehicle defects but didn’t follow-up or act on them, including issues with faulty airbags.

Agency heads have publicly complained to Congress that the ODI is severely understaffed. In February, these complaints made it to the White House and the President asked Congress to increase the ODI budget threefold. ODI currently has just 60 workers answering roughly 330 consumer complaints each day.