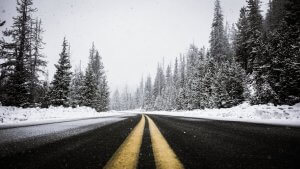 BUFFALO, N.Y. – As Western New York prepares for lake effect snow, police and other first responders are preparing for a sharp uptick in the number of car crashes.

While many drivers in the region may be acclimated to driving in the snow, a study from 2005 found that the first snowfall of the winter is “substantially more dangerous” than later snow storms. In some cases, the crash rate was 10 to 20 percent higher during the first snowfall.

A Buffalo car accident attorney at Cellino & Barnes says whenever the temperatures dip below 32-degrees, traffic crashes tend to rise but many drivers aren’t used to operating a vehicle in slick winter weather when the first flakes fall.

“Especially after a relatively dry summer, many people have developed driving habits that need to change in Buffalo,” car accident lawyer Steve Barnes said. “Many of the roads haven’t been treated yet and ice can quickly develop on street surfaces; there are also many drivers who haven’t swapped their tires to winter treads so the first snowfall can certainly have more challenges.”

Researchers at the University of Michigan also found that older drivers face an even higher risk if they’re battling their first winter conditions of the season.

Drivers over 65 were 34 percent more likely to be involved in a crash on the first snowy day when compared to other winter days.

Buffalo car accident lawyers say the study’s results could have a large impact on the Western New York region. Not only is Buffalo one of the snowiest areas of the country, it also exhibits a large population of drivers over 65 years old.

“Winter weather can be risky for drivers of all ages because there are many decisions that need to be made in a short amount of time when the wheels start slipping,” Barnes said. “Aging drivers can often lose a step when it comes to their reaction time and that split-second reaction can often be the difference when a vehicle starts to slip or slide on an icy or snowy roadway.”

Drivers over 65 and teen drivers showed lower fatality rates on the days after the first snow storm, the study reported. With many teens on winter break and older drivers enjoying retirement, researchers believed that the two groups were less likely to get behind the wheel the next time winter weather sets in.

According to data from the Federal Highway Administration , nearly 900 people are killed and another 76,000 are injured in car crashes when snow or sleet is present.

Buffalo car accident lawyers say the best way to avoid an accident is to stay home when the snow begins to fly but if you can’t avoid the car keys, there are steps drivers can take to reduce their risk:

Inclement weather is rarely an excuse for bad driving. If you or a loved one has been injured by a negligent driver, Cellino & Barnes can help you get the best result possible.

With offices near you, our attorneys are ready to assist you 24/7. Contact one today for a free case evaluation.