Home » Blog » Get the Facts: Motorcycles 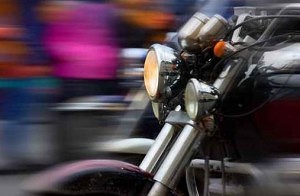 ROCHESTER, N.Y. – The average tractor trailer can weigh over 70,000 pounds, the average car weighs in at 4,000 pounds and your motorcycle comes in at just 700 pounds. In traffic collisions, weight can mean all the difference and riders are almost always at a severe disadvantage.

Motorcycles are some of the most dangerous and deadliest motor vehicles on the road. That’s because they are less stable and less visible than cars. Riders usually lack the protections provided to drivers of your standard sedan. With only a helmet (and sometimes less than that), millions of motorcyclists continue to ride the roads.

Rochester motorcycle accident attorneys at Cellino & Barnes say bikers take a huge risk when they leave home but other drivers- those operating cars and trucks- need to be extra careful with motorcycles on the road.

“When a car crashes into another car, there’s a reasonable chance that all passengers can walk away from an accident like that in Rochester,” motorcycle accident attorney Ross Cellino said. “When a car collides with a motorcycle, even at low speeds, the rider can suffer serious injuries.”

According to the Insurance Institute for Highway Safety (IIHS), the number of deaths on motorcycles was over 26 times the number in cars.

“In the 1970’s motorcycle accidents were a serious issue and many states began implementing laws requiring riders to wear a helmet,” Cellino said. “Fatalities were cut in half by the 1990’s but today we’re seeing a record-number of motorcycle crashes.”

Of all the traffic deaths in America last year, motorcycles were involved in almost 15 percent of the crashes. Most of these fatalities involved men over the age of 50.

The IIHS reported the most dangerous month for motorcyclists was August, recording more than 600 deaths each year.

“Although these deadly crashes are on the rise, it is still extremely important for riders to wear a helmet because it’s been proven to increase your chance of surviving a crash,” Cellino said. “Just as important, drivers of cars and trucks must be aware of these motorcyclists and give them space so these deadly accidents can be avoided.”

Rochester motorcycle accident attorneys said riders are awarded about $16 billion each year because the injuries are often severe or deadly.