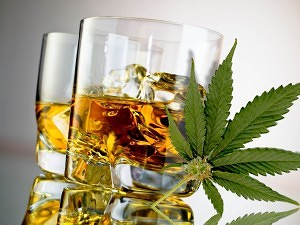 NEW YORK – Half of the fatal car accidents involving teens and young adults are linked to either pot, alcohol or both, according to a new study.

The study found more than half (50.3 percent) of drivers between 16 and 25 years old who died in crashes were drunk, high or both at the time of the crash.

“Given the rapid changes currently underway in marijuana availability and permissibility in the U.S., understanding the effects of drug control policies on substance use behavior and adverse health outcomes, such as fatal motor vehicle crashes, has never been more important,” Keyes wrote in her conclusion.

Keyes and other researchers pulled data from California, Connecticut, Hawaii, Illinois, New Hampshire, New Jersey, Rhode Island, Washington and West Virginia, since each of these states tests at least 85 percent of its fatal car crash victims for drugs and alcohol within an hour of the accident.

Their study concludes more teens and young adults could choose marijuana over alcohol due to its increased availability from legalization but any effects may be minimal or even detrimental for fatality rates overall.