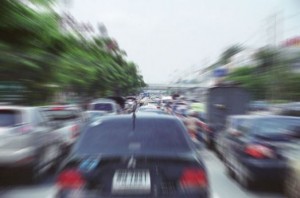 ROCHESTER, N.Y. – You may have heard of automatic brakes but your vehicle probably isn’t equipped with the high-tech system. Most vehicles aren’t – even though the technology has been installed in vehicles since 2010.

According to a study conducted by the Insurance Institute for Highway Safety (IIHS), some automatic braking systems like Volvo’s City Safety system cut the rate of rear-end collisions by 41-percent.

The study analyzed police-reported rear-end crashes in more than 20 states between 2010 and 2014 involving vehicles with front-crash prevention systems. The crash rates were then compared to the rates of the same models that were not equipped with the braking system.

Rochester car accident attorneys at Cellino & Barnes say automatic brakes have consistently shown to be a safe technology but it’s still up to the driver to be responsible on the road.

“Most rear-end collisions are caused by distracted drivers in Rochester,” car accident attorney Steve Barnes said. “Automatic brakes could avoid thousands of crashes but they can’t prevent all of them – the driver still has to be aware and attentive and too often, a driver neglects that responsibility.”

Study authors said that even when a crash isn’t avoided by the automatic braking systems, the safety feature could potentially reduce the risk of serious injury by reducing speed. Researchers noted that a warning alone didn’t significantly reduce a driver’s injury risk.

Despite the speed limitation, researchers said the automatic braking systems effectively reduced crashes on roads with many different speed limits. The study noted this was likely due to congestion or traffic lights that reduce the actual speed traveled.

“Automatic brakes could be a game changer when it comes to car safety just like seat belts and airbags were decades ago,” Barnes said. “But the driver is still in control and it’s up to them to make the right choices when they’re behind the wheel.”